Thanks to Tom Vincent for passing this one along. I would love to know from those of you familiar with comic books/graphic novels if there are other examples of the loyal slave narrative.  [A more recent example can be found here.]  It would also be nice to know a bit about the author of this particular issue.  The publication date places the black Confederate narrative a bit earlier than my recent post on the influence of the television series, Roots. 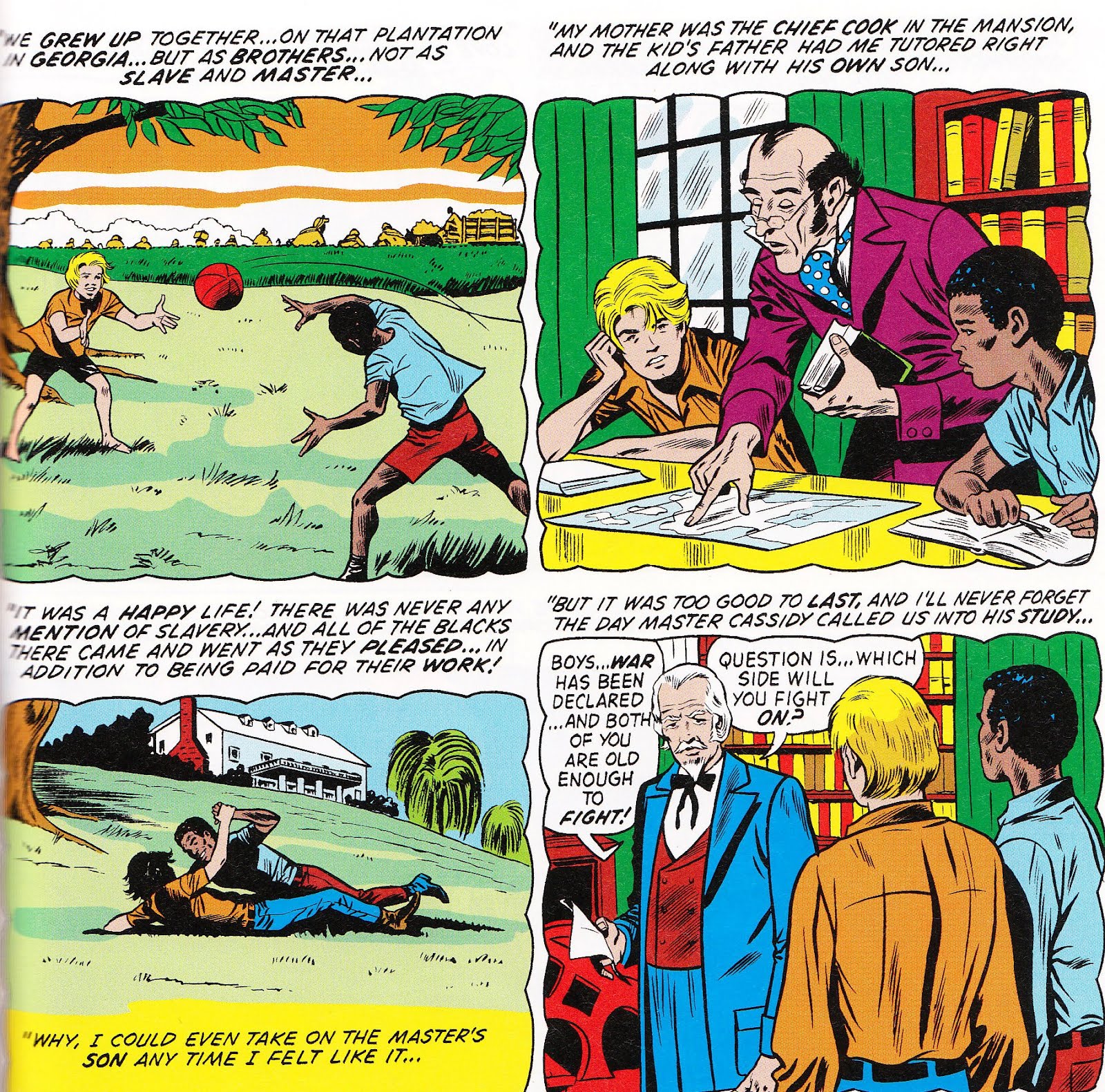 From the Wikipedia entry for Gunhawks:

The Gunhawks were Kid Cassidy and Reno Jones. As introduced in Gunhawks #1 (1972), Cassidy was the son of a plantation-owning family in the antebellum American South, and Jones was an African-American slave of the family who was friends with Cassidy. They fought together for the Confederate States of America during the American Civil War, with Jones fighting the Union because their soldiers had kidnapped his lover, Rachel Brown. After the war, they became wandering gunfighters, the Gunhawks, and continued searching for Rachel.

Previous post: Where Can You Display the Confederate Flag These Days?