The Governor Considers It A Most Important Command 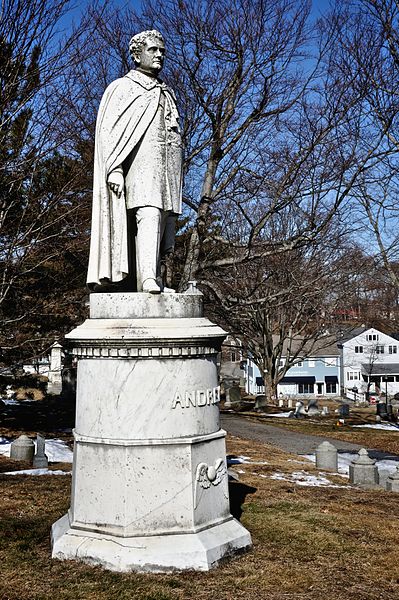 One of the stumbling blocks that I continue to come up against in researching the 55th Massachusetts Volunteer Infantry is in reference to Governor John Andrew.  The problem is especially acute given my interest in the pay crisis of 1863-64.  Andrew played an important role as an advocate for these men, but I am only able to skirt the surface of his involvement thus far.  Unless I am mistaken, the last biography was written in 1904.  I suspect that his pre-mature death in 1867 as well as the general trend of the nation’s collective memory by the end of the nineteenth century has something to do with his disappearance from the historical landscape.

Of course, he makes a very brief appearance in the movie Glory and you will find him referenced in scores of Civil War studies that focus on the organization and deployment of black Union soldiers, but there seems to be little more.  Can anyone think of a more important Civil War era governor?  Andrew is central not only to the inclusion of African Americans in the United States military, but emancipation itself.

I am now toying with writing a Civil War biography of Andrew.  Such a focus would allow me to continue to research black Union soldiers and the story of black citizenship in Massachusetts, but it would also highlight Andrew’s role in this dramatic story.  I suspect there is also room to talk about how Andrew was remembered in connection to emancipation and black soldiers after his death.

[Post title comes from a letter written by Col. Robert G. Shaw on Feb. 4, 1863, which appears in Blue-Eyed Child of Fortune: The Civil War Letters of Colonel Robert Gould Shaw

Next post: Why the Museum of the Confederacy Chose Not To Fly the Flag