For the Sake of Serenity 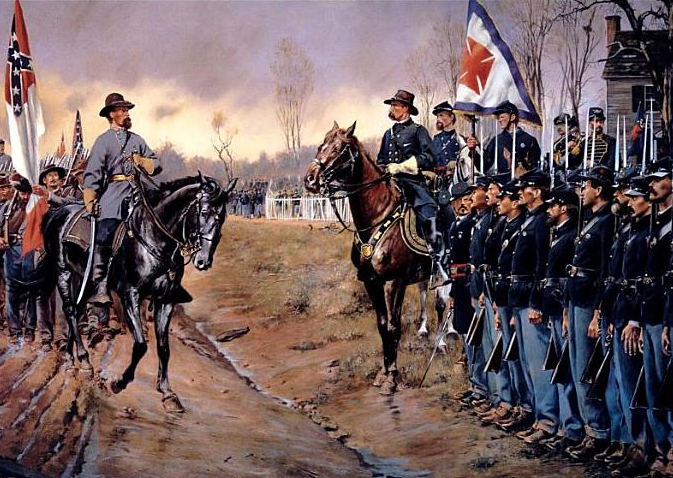 for why black soldiers were not present at the Grand Review in Washington D.C. in May 1865.  He argues that their absence had little to do with scheming politicians and military brass, who hoped to keep it an all-white affair.  The parade was made up primarily of units that were in the process of being demobilized.  Since black units were raised later in the war they remained stationed in various parts of the South.

In contrast, black troops under Edward O.C. Ord’s command were at Appomattox Court House in April 1865.  Anyone who has read William Marvel’s books on the march out of the Petersburg trenches

knows that these units were kept in camp behind their white comrades once the Army of Northern Virginia surrendered.  Before the surrender ceremony on April 12 these men were ordered away from Appomattox.  Marvel suggests that this was done “for the sake of serenity.”  That seems like a reasonable explanation.

One wonders how their presence might have shaped an account of a salute that may or may not have taken place.

Next post: Steer Us To the Promised Land, Bubba