A Bad Day for David Barton, But a Good Day for History 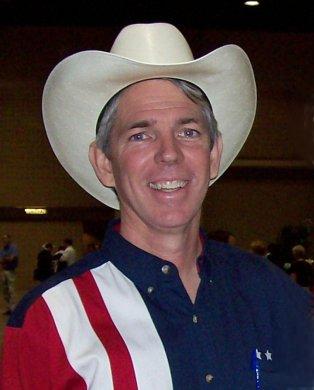 Word came earlier today that David Barton’s publisher has pulled his most recent book on Thomas Jefferson.  Barton is best known as the evangelical Christian, who has built a career on uncovering or reclaiming the truth about America’s founding and Founding Fathers from the community of secular and liberal historians.  Barton claims to be a historian.  Over the past few years he has amassed a growing following who embrace his interpretation of the role of Christianity in the lives of individual Founders and in the establishment of this nation.  Barton enjoys support from a wide range of public figures and is now the official court historian for Glenn Beck.  So what happened?

First, it is important to note that Barton’s published works have been scrutinized from the beginning by professional historians, but to little avail.  What made the difference in recent days is the growing resistance from fellow conservative Christian historians and scholars, who are actually trained in the field.  It’s a growing list, but I would start here and for a critique of Barton’s book, Jefferson’s Lies, I recommend John Fea’s 4-part series.

On the one hand it is unfortunate that it took fellow conservative Christian historians to finally bring about the removal of this book from stores since their religious and political views have nothing to do with the strength of their arguments.  Their arguments stand or fall based on how they read the relevant evidence cited by Barton as well as the strength of his interpretation.  Barton is not being attacked because of his personal beliefs, but on his skill or lack thereof as a historian.  Anyone who spends enough time reading these rejoinders will conclude that there are serious flaws with Barton’s work.  In the end Barton claimed to be offering the general public a corrective to those evil secular/liberal historians without taking the essential step of engaging the relevant historiography.  While Barton may not understand this his publisher certainly does.

So, what does this have to do with the Civil War?  First, Barton and Beck recently tried their hand at doing some Civil War history and as you might imagine the results were pretty abysmal.  More on point, however, it is important to keep in mind that we have plenty of David Barton-types in our own community.  Check out any number of titles from Pelican Press, for example, and you will find the same flawed approach to doing history.  Authors rail against what they see as a liberal/secular bias among professional Civil War historians and other writers, but when it comes to actually engaging their arguments they are silent.  Either they are unfamiliar with their publications or they are simply incapable of engaging the arguments.

Let’s face it, the study of history has become so incredibly politicized that we’ve forgotten that the discipline involves the mastery of certain skills that can be learned in any number of places.  Without getting into another tired discussion of who is and who is not a historian, we can at least say that one’s claim to the title stands or falls on the quality of the work produced.  What we now can say with confidence is that Barton is no historian.

Today was a good day for the discipline of history.