Update: Perhaps Burstein and Isenberg should be more concerned about one of their own. 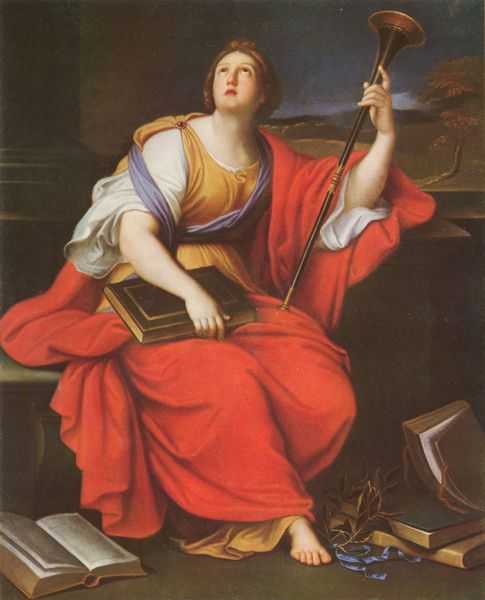 Andrew Burstein and Nancy Isenberg believe that news of Fareed Zakaria’s recent admission that he lifted part of a recent op-ed on gun control from one written by Jill Lepore in The New Yorker is evidence that journalists should not write history.  This confused and downright nasty rant tells us almost nothing about the quality of history books written by journalists, though I would venture to suggest that it tells us a great deal about where they stand on who owns the past:

Frankly, we in the history business wish we could take out a restraining order on the big-budget popularizers of history (many of them trained in journalism) who pontificate with great flair and happily take credit over the airwaves for possessing great insight into the past. Journalists are good at journalism – we wouldn’t suggest sending off historians to be foreign correspondents. But journalists aren’t equipped to make sense of the eighteenth and nineteenth centuries.

First, who exactly are Burstein and Isenberg speaking for from within the history profession?  One gets the impression that the authors are not so much upset with the fact that journalists write history, but that some are successful and in a few cases have become popular public figures.  Even more disturbing is that the authors fail to muster anything approaching an argument that the majority of popular history books written by journalists are flawed.  Just because they do not result from the same process that a dissertation goes through does not necessarily warrant such a dismissive and condescending attitude.

Their trump card, of course, is the recent troubles of Doris Kearns Goodwin, which we all know about. Interestingly, the authors cite Peter Charles Hoffer’s Past Imperfect, but conveniently fail to mention Michael Bellesiles – an academic who manufactured evidence for his history of guns in America.  No, instead of that they go after David McCullough, not because he plagiarized anything, but because he is popular:

Second best, actually. The beloved David McCullough, formerly of Sports Illustrated, is routinely enshrined as “a national treasure” and “America’s greatest living historian.” But nothing he writes is given real credibility by any careful historian because history is grounded in evidence, and McCullough isn’t familiar with more than a smattering of the secondary literature on most subjects he tackles. He hires a younger researcher (the Goodwin method) to read for him and tell him what’s important. If he doesn’t read in depth the books and articles he lists in his very thorough bibliography, which someone else presumably compiled, how honest is he being with the reader?

What makes him a historian? It’s his avuncular personality, not any mastery of the sources.

Though more than a million copies of his book “John Adams” sold, even more Americans were influenced by the HBO series of the same name, which was marketed as if based on the book. In reality, not only was the history grossly distorted, many of the scenes were stolen from “The Adams Chronicles,” which appeared on PBS in the 1970s. There are far better books on Adams than McCullough’s, but they haven’t been hyped. There’s no money in it. History is hard to sell if it’s complicated.

This is so incredibly bitter.  I guess in the worlds of Burstein and Isenberg, Gordon Wood doesn’t count as a “careful historian.”  Here is what Wood said about McCullough and the book:

Unlike Tuchman, who feuded with university professors of history, McCullough has the respect of academic historians, maybe because he respects them. McCullough actually attends historical conferences and sits patiently listening to long specialized papers. Anyone who does that, and doesn’t have to, deserves respect.

So well known is McCullough that any book he now writes becomes an expectant event. Learning that McCullough was working on a biography of John Adams, readers of popular history and professional historians alike have eagerly awaited its publication. They will not be disappointed. This big but extremely readable book is by far the best biography of Adams ever written.

I think Burstein and Isenberg owe McCullough and apology.  And what exactly is wrong with hiring an assistant, who can help to sort through the immense amount of documents that come with any major project?  The last time I checked university professors use graduate students as assistants in pretty much the same way.

Throughout the essay the authors blur the distinction between popularity, plagiarism, and the difficulty of writing analytical history to the point where it’s not even clear to the reader what they are so upset about.  What is clear is that they believe the only people who should write history are historians with a PhD.  They close with the following:

The trend will no doubt continue. The public seems to like what is most easily digestible, especially if it comes from the word processor of someone congenial whom they regularly see on TV. And publishers know they can successfully market a book from a household name, no matter how derivative its content. Name recognition trumps quality. Appearance is everything.

You know, once in a while those charges of elitism directed at academics holds and here is a wonderful example.  They seem to have no grasp as to what the general public wants in a good history book.  I suspect that most people who read a lot of history are looking for good stories that help to make sense of the world around them and give meaning to their lives.

The real problem here is that both Burstein and Isenberg want to be high-profile historians.  Just check out their personal websites.

I could go on and on about this article, but I want to get back to a really good biography of Andrew Jackson by Jon Meacham.