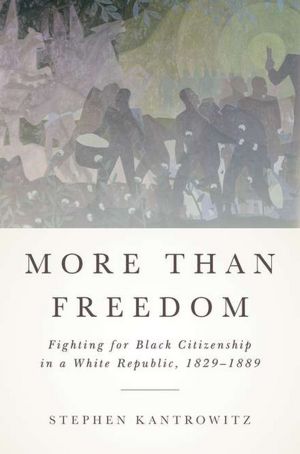 The end of my first full year of living in Boston and what a year it’s been.  It should come as no surprise that the highlight of the past year was the publication of my first book in June.  I’ve always loved the social aspect of doing history, whether its teaching in the classroom, working with history teachers or lecturing in public.  I’ve met some wonderful people this year and I thank each and every one of you for purchasing a copy.  Based on the few notices I’ve received from the publisher it looks like sales have been brisk.  I am hoping that my royalty check at least allows me to take my wife out for a really nice dinner next month.

As for 2013 I am looking forward to working with the Massachusetts Historical Society on some programs for teachers as well as the Massachusetts 150 Commission.  On the writing front I am hoping to complete the Confederate camp servants book and finish up with editing the letters of Captain John Christopher Winsmith.  We shall see.  For now I want to thank all of you for continuing to visit Civil War Memory.  It’s hard to believe that I’ve been at this thing called blogging for over seven years now.  Happy Holidays to you and your family.

Best Civil War Blog: Brooks Simpson’s Crossroads came swinging right out of the gate when if first appeared in December 2010.  It quickly established itself as one of the leaders in the Civil War blogosphere.  Brooks holds nothing back and does not suffer fools lightly.  Crossroads is incredibly entertaining, but that would mean little if it didn’t deliver solid content.  And that it does.  Brooks’s sharp wit and thoughtfulness is a lethal combination that has entangled a host of characters over the past two years.  What keeps me coming back, however, is the chance to read and interact with one of the brightest historians currently working in the field of Civil War history.

Best Myth Buster: Glenn David Brasher, The Peninsula Campaign and the Necessity of Emancipation: African Americans and the Fight for Freedom (University of North Carolina Press).