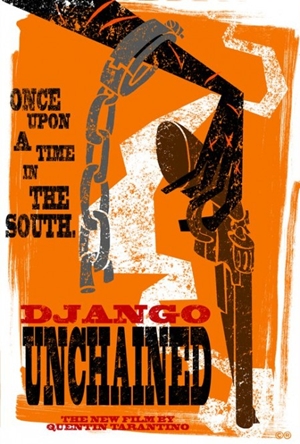 I’ve been thinking about the gulf between the public’s response to Spielberg’s Lincoln and Tarrantino’s Django Unchained and the overall commentary coming from professional historians and other public intellectuals.  I’ve commented on this before, but this morning I was pleased to read Christian McWhirter’s review of both movies in The Civil War Monitor.  Actually, it’s not really a review as much as it is a commentary on the value of the movies, which he believes has been overlooked by the academic community.  I couldn’t agree more.  Here are a few passages from McWhirter’s review that stood out for me.

Dismissing Lincoln is to effectively dismiss its vast audience, much of which is surely hungry for precisely the sort of information and interpretation we can provide.

I saw both films in packed theaters and the response to each was overwhelmingly loud and positive. This sort of reaction demonstrates that audience members were emotionally, and I suspect also intellectually, engaged. We cannot dismiss these movies because they do not adhere to the same rigorous standards we apply to historical monographs and documentaries. Instead of fearing the massive reach of bad films, we need to appreciate the potential for good films to help us educate the public and overturn resilient historical myths. Lincoln and Django Unchained will do more to change popular perceptions of American history than they will misinform or confuse. So, relax, enjoy, and ride this train as far as it will take us.

It’s safe to say that these movies will do more to influence popular perceptions of the Civil War and slavery than all the books published in the past twenty years combined.  Unlike others, I fully embrace this fact.  Much of the commentary about these films does little more than highlight individual historians’ current research projects and tells us very little about the films themselves.  It’s not that I have a problem with pointing out shortcomings in historical content, but that they fail to acknowledge why these films are so popular with so many people from a broad range of backgrounds.  Christian hits the nail on the head when he references the emotional and intellectual engagement of their audiences.  We haven’t seriously explored this as of yet.

I’ve spent quite a bit of time trying to figure out how I am going to use these movies in the classroom – assuming that I can use Django at all.  Beyond the classroom I do hope that public historians are also thinking about how they can take advantage of this wave of enthusiasm.  It’s a unique opportunity that could not have come at a better time.  We are smack in the middle of the sesquicentennial having just commemorated the 150th anniversary of emancipation.  The issues and subject matter raised by these two films are incredibly controversial and fraught will all kinds of landmines.  Just getting people to think about them is a challenge and, yet, that is exactly what millions of Americans are doing.  What more could we ask for?

All of us in the historical community should give Spielberg and Tarrantino a big Thank You.

Next post: Searching for Real Black Confederates in The Civil War Monitor