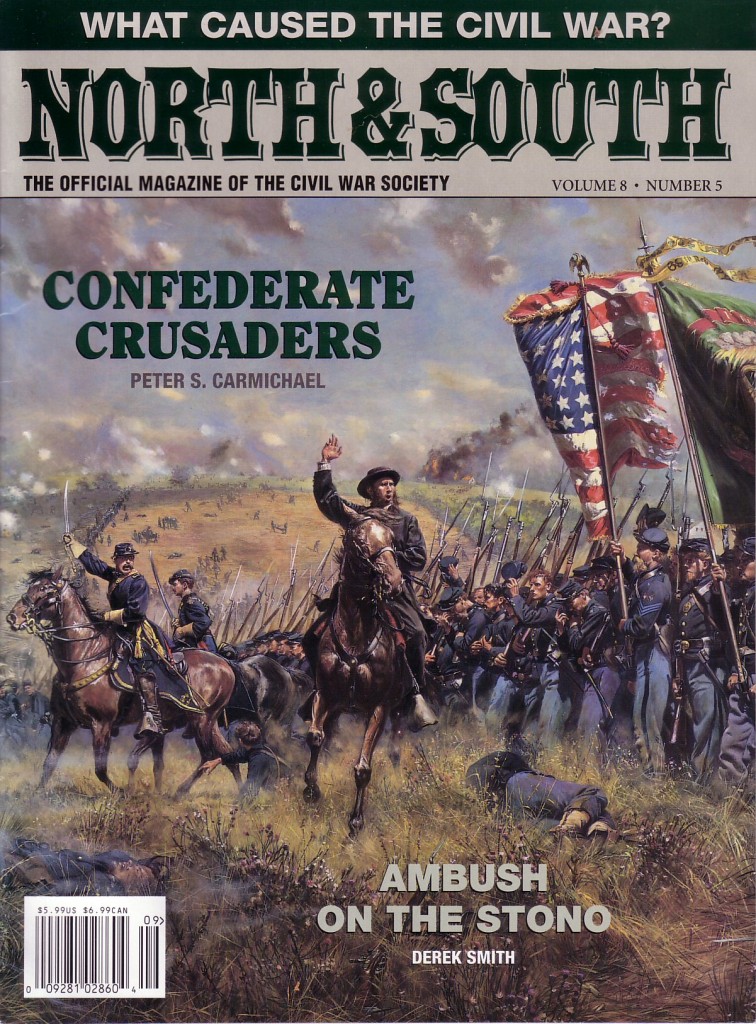 Can’t say that I am surprised by this news. After sixteen years Keith Poulter is calling it quits at North and South magazine. I still remember opening up the first issue back in 1997. At that time I was managing the periodicals section at Borders Books in Rockville, Maryland. At the time I was just beginning to read Civil War history seriously and I even tried my hands at writing a few book reviews for the Washington Times. I contacted Keith early on to see about writing book reviews for the magazine and he gave me the green light to contribute on a fairly regular basis. You can find a fair number of my book reviews in those early issues, which helped me quite a bit to begin to build up a resume and make new contacts.

For much of its history N&S was a quality publication, though now I understand that much of that had to do with the work of Terry Johnston, who eventually left and founded The Civil War Monitor magazine. For those of us looking for a bit more academic rigor North and South offered a wide range of topics from some of the leading historians along with footnotes. Who ever heard of such a thing in a glossy. I continue to use many of the articles in my Civil War courses.

The magazine business is very competitive and most publications last no more than a couple of years. Keith demonstrated that there was room for another Civil War magazine, but he also showed what happens when mismanagement and broken promises go unaddressed. I know a number of authors who were never paid for their articles. My own experience with Keith was incredibly disappointing. After formally accepting one of my essays for publication and even after advertising it as forthcoming the piece never appeared and Keith never explained why. That is no way to deal with your contributors and I promptly canceled my subscription.

Despite these problems it is safe to say that Keith Poulter helped to stretch the boundary of what is possible in a Civil War glossy and you can see its influence in other magazines. I wish Keith all the best in his future endeavors.