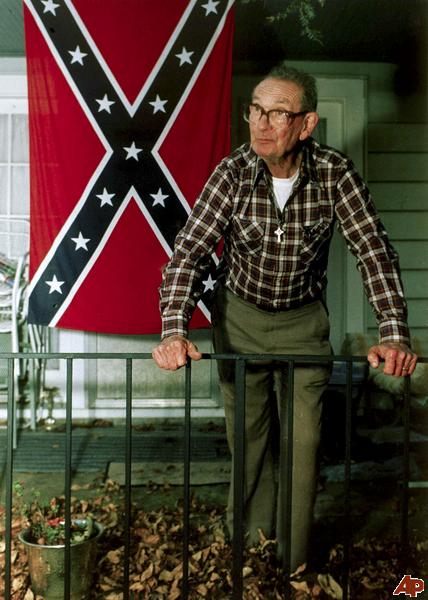 On this day in 1963 Medgar Evers was assassinated. His murderer, Byron De La Beckwith, is shown here in front of his Mississippi home in 1990. Click here for some incredible photographs of Medgar Evers on the civil rights trail and following his death.

As for this photograph, it should give you some idea as to why reasonable Americans (both black and white) have little patience for the public display of the Confederate flag. Petty chants and bumper stickers announcing “Heritage, Not Hate” do nothing to erase the history of this banner.