Update: Once again, thanks to Andy Hall for doing the leg work of looking into the documentation behind the claim that Clark Lee was a Confederate soldier. No surprise by what he did not find to support such a claim nor that what is available points to a very different picture of Lee’s presence in the the army.

I have no doubt that the Georgia Civil War Commission has done some excellent work in the area of battlefield preservation, but this is the kind of website that troubles me as both a historian and especially as a teacher. Check out the following two panels that the commission has unveiled in recent years.  The list of members does not include anyone prominent in the field of Civil War history and given what I have to share with you I am not surprised one bit to find Charles Kelley Barrow’s name on this list. Barrow is a member of the Sons of Confederate Veterans and has been a vocal advocate of the black Confederate narrative over the years.

The first panel tells the story of Confederate General Patrick Cleburne’s plan to enlist slaves into the army. 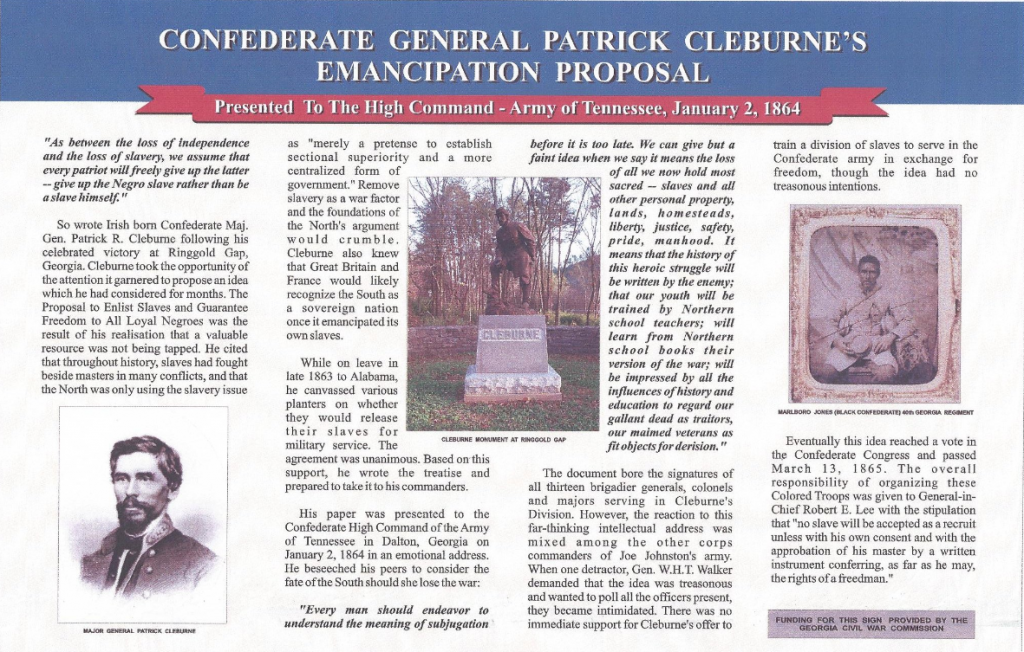 It is clear that not much thought went into this text. No mention is made that not only was Cleburne’s plan immediately rejected by President Davis and others, he was ordered not to discuss it further. Also conveniently left out is any sense of just how controversial this plan was throughout the Confederacy as it was debated in the army, on the home front and in Richmond at the very end of the war as a means to stave off defeat.

Next is a profile of what is suppose to be a real black Confederate soldier. Let’s see. 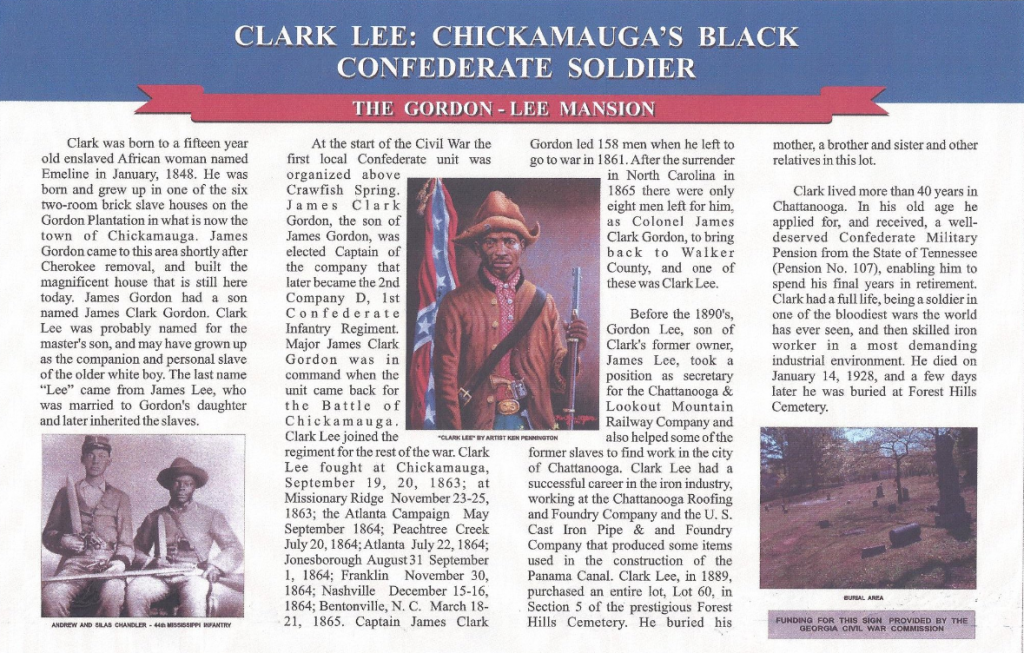 Again, we have another poorly written panel that leaves more questions than answers. First, it is clear from the text that Clark Lee was not a soldier. He was born a slave. There is no evidence here that he was ever freed and if I had to guess he became attached to his master’s son once the war came to Chickamauga. The pension that he received was not a “Confederate Military Pension” but one designated to former slaves who served their masters during the war. It looks like the illustrator used the Chandler image as a guide for his depiction of Clark Lee.  The photograph is incorrectly identified since it suggests that both Andrew and Silas were soldiers. We know that is not true.  To think that these two panels are being read by the general public is truly horrifying.

The larger problem is one that I’ve harped on for some time now. Here is an organization and a website that is sanctioned by the state of Georgia. Anyone doing a search on these subjects will likely not question the information presented here and/or on the plaques themselves. It goes without saying that the Georgia Civil War Commission should not be confused with the Georgia Historical Society’s historical marker program, which is a legitimate public history project.

Thanks to Lee White for bringing this to my attention.