Why Teach the Civil War 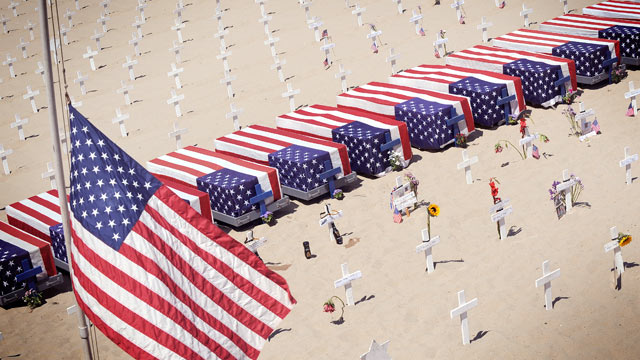 One of the museums that I visited last week was the National Museum of Civil War Medicine in Frederick, Maryland. I didn’t have many expectations going in, but overall I enjoyed my visit and I learned a great deal. What stood out more than anything else was a number of explicit references to recent violence. Executive Director, George Wunderlich, addressed our group by drawing direct connections between developments in medicine and care of the wounded with the recent terrorist attack here in Boston. Even more surprising were the references made by our museum guide to the wars in Iraq and Afghanistan throughout the exhibit.

It was the first time that any such reference was made during our ten-day trip from Nashville to D.C.

During our final debriefing of the trip I asked the teachers to think about how we teach our civil war. Here was a war that affected an entire nation and in ways that few could have anticipated in 1861. We talked extensively throughout the trip about the life of the Civil War soldier, the home front, the horrors of battle, the political aspects of war, and they ways in which individuals and the nation worked to properly commemorate the war. Again, it was a war that few could ignore and yet over the past ten years our students and much of the country have been able to comfortably ignore two wars.

This is a problem. I suggested that we have an opportunity to use the Civil War to talk more honestly about not only how and why we go to war, but the costs of doing so. It’s not about being anti-war; rather, it’s about reinforcing what many of us call responsible citizenship. Our students should be able to think critically about when war is justified and, more importantly, they ought to appreciate the sacrifices of the men and women (along with their families) who are placed in harms way – placed in harms way, ultimately by each of us.

I appreciate the challenges that public historians face in making these connections more explicitly at their respective sites but, as I recently pointed out in a brief exchange with Scott Hartwig, as teachers we need to charge forward. Teachers face a number of challenges as well when discussing contemporary events. Call it a “usable past”, call it whatever you want. As far as I am concerned it is simply responsible teaching.