Are Blog Comments Ruining Your Neighborhood? 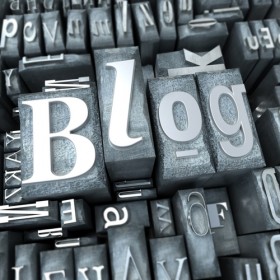 The staff at Popular Science thinks so, which is why it was announced yesterday that they are turning off the comments option on their blog site. As a blogger who is approaching his 8th anniversary I can certainly appreciate their concerns, but I don’t believe that discontinuing allowing comments is the solution.

The magazine’s online content director builds her case by referring to a recent study, which showed that a “fractious minority wields enough power to skew a reader’s perception of a story.” Even we accept the study’s findings, this at most suggests that the site’s moderating policies need to be tightened. It’s not all or nothing. In fact, a quick perusal through older PS posts suggests that very little was done to moderate and in the few posts I surveyed I saw not one staff comment.

For the first few years I did not moderate comments. I thought even the most outlandish comments reflected important aspects of Civil War memory and I wanted them to be part of the blog’s archival record. Of course, that conflicted with wanting to encourage sound debate and discussion about any number of topics related to the Civil War era. At some point I started moderating and over the years have even banned a select group. I do my best to allow as many comments through in the hope that I can maintain a workable balance between reflecting popular memory and keeping discussions on track. The toughest cases are not the personal insults, but those comments that reflect no understanding of the relevant history. I approve them and worry whether I am helping to spread misinformation. It’s not a perfect system. It does take time and it can be extremely frustrating.

I sometimes have to remind myself that Ta-Nehisi Coates moderates comments and he sees more comments in one day than I do in a couple of weeks. His site also serves as a reminder that it is possible to create an online space for thoughtful discussion.

More troubling, however, is the claim that blog comments are contributing to the undermining of “bedrock scientific doctrine.”

A politically motivated, decades-long war on expertise has eroded the popular consensus on a wide variety of scientifically validated topics. Everything, from evolution to the origins of climate change, is mistakenly up for grabs again. Scientific certainty is just another thing for two people to “debate” on television. And because comments sections tend to be a grotesque reflection of the media culture surrounding them, the cynical work of undermining bedrock scientific doctrine is now being done beneath our own stories, within a website devoted to championing science.

The undermining of scientific knowledge has been in the works for a long time now. The rise of the evangelical right, postmodernism as well as scientific theorists from Thomas Kuhn to Helen Longino have done more over the long run to shake our faith in scientific doctrine than blog comments.

I think the editorial staff of PS has a responsibility to engage its readers on its website. This is an opportunity for the magazine to show by example what it means to engage in reasoned argument.