I Stand With the National Park Service 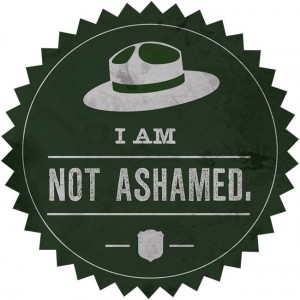 I have a number of friends who work for the National Park Service. They protect this nation’s most important cultural, environmental, and historical treasures. As a group they are some of the most passionate and knowledgeable public servants that you will find and they are worth every cent of our tax dollars. I am absolutely disgusted at the unwarranted accusations being hurled in their direction during this federal shutdown. Here is one lone voice in response to some of the nonsense that is being spread about the closure of NPS sites across the country.

No one misses the parks more than those who work in them, Kevin. When we were furloughed, a part of the shutdown included closure of park buildings, parks roads and avenues, and memorials for security reasons for protection of the resource itself and visitors. I’ve seen posts and caught some of the “the parks are owned by the American public and we’re taking them back” crowd but as yet have not seen a line of these same persons volunteering to clean the toilets, patrol the roads, provide assistance at information stations or in back country park areas, or sweep the floors after a thousand or more visitors have tramped through leaving behind candy wrappers, et al. FOX news reported that NPS rangers were told to make the closure “as painful as possible”, which is total nonsense. Tea Party reps like Michele Bachman and Randy Neugebauer have used the closure of the WW2 Memorial to grandstand for themselves and gone as far as to dress down an NPS employee simply doing her job – unpaid at the moment- by controlling access to a closed site. Rand Paul has referred to Park Police as “goons” sent to close the memorials from the American public.

Through it all, NPS employees on and off duty have upheld their professional standards and not called these congressmen out for their insults and ignorance of what the NPS actually does. We protect national treasures and try to provide visitors, not just American taxpayers but people from all nations, with a gracious and positive experience that some in congress and in this country would prefer to see privatized so the parks and monuments can be open at their will, (and by the way, for a higher fee than is currently charged at some parks). Disheartening, yes, but not just to someone like me who has over 34 years experience in the NPS but also to the 18-24 year old seasonals whose experience in the national parks is often the experience of a life time and who want to make the NPS a career. Given the current state of political affairs in Washington and the rhetoric from a percentage of Americans who spew out their disgust with the NPS via keyboards, they don’t have a chance. But back to your question- did the Obama Administration decide to make the closure as difficult as possible? No; it was a minority of congressmen who decided to hold the Federal budget as hostage to get their way and who did not think it would effect any normal function of a government agency dedicated to provide security and protection for the resources and its visitors on the Washington Mall.