ALERT: The National Parks Are Closed

For those of you who are looking for reasonable answers to some very straightforward questions click here. And while you are at it, here is a thoughtful post about how we should think about federal employees. It turns out they really aren’t the enemy. 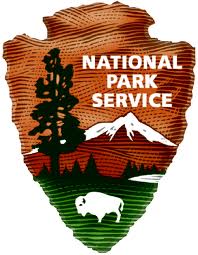 There appears to be no let up in the wild reports of abuse of innocent Americans who want nothing more than to enjoy our beautiful National Parks. A report which appeared in a Newburyport newspaper takes the cake. A group of senior citizens found themselves in Yellowstone National Park on October 1 and according to Pat Vaillancourt, at one point, under “armed guard.” You can read more of the story. Vaillancourt’s account of the group’s ordeal .

“We’ve become a country of fear, guns and control,” said Vaillancourt, who grew up in Lawrence. “It was like they brought out the armed forces. Nobody was saying, ‘we’re sorry,’ it was all like — ” as she clenched her fist and banged it against her forearm.

The bus stopped along a road when a large herd of bison passed nearby, and seniors filed out to take photos. Almost immediately, an armed ranger came by and ordered them to get back in, saying they couldn’t “recreate.” The tour guide, who had paid a $300 fee the day before to bring the group into the park, argued that the seniors weren’t “recreating,” just taking photos. “She responded and said, ‘Sir, you are recreating,’ and her tone became very aggressive,” Vaillancourt said.

“They looked like Hulk Hogans, armed. They told us you can’t go outside,” she said. “Some of the Asians who were on the tour said, ‘Oh my God, are we under arrest?’ They felt like they were criminals.”

First, what was this tour doing in Yellowstone to begin with on October 1? It’s not like the federal shutdown happened without any warning. It was widely reported that in the event of a shutdown the National Parks would be closed. Why is no one inquiring into the organization and management of this tour?

It is unfortunate that tourists are being inconvenienced and in a number of cases made to feel uncomfortable, but no one seems to understand what closed means. How about looking at this from the perspective of the few NPS employees who have been left to manage very large sites such as Yellowstone and the Grand Canyon. Consider all of the potential problems apart from those caused by stranded visitors and those who have taken it upon themselves to cross barricades. They have been placed in a very difficult position so if you happen to find yourself on federal property that has been closed don’t expect to receive the same warm welcome as if it is business as usual. CLOSED MEANS CLOSED.

Next post: Instead of Demonizing the National Park Service