Robert Khayat on Banning the Confederate Flag at Ole Miss 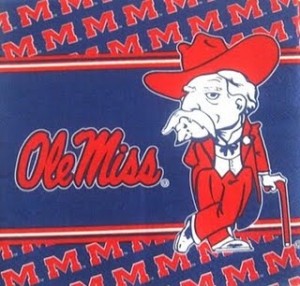 This is a very interesting interview with former Ole Miss chancellor Robert Khayat on the decision to ban the Confederate flag at Ole Miss.

The perception created by the Confederate flag was causing people to look on us in a negative way and remember us from 1962 (when James Meredith integrated Ole Miss and riots broke out on campus). It was being used by our opponents — not only in athletics, but in the general recruitment of students, as a negative to say that Ole Miss was still in the past. . . .

Most people want progress, but most people don’t like change. And that just became so apparent. The idea of changing something was traumatic for a lot of people for a lot of different reasons. Some of it just had to do with good memories, of days when we were students and had winning football teams. But some of it had to do with hate and this feeling that existed between black and white people.

So we decided we had to disassociate ourselves from the flag. It’s often said, and it’s true, that we (Ole Miss) never had adopted the flag as an official symbol. . . . But it had been used since the ’40s, primarily associated with football. So it had just become part of the culture, and it took us about nine months to work through it. The volume of mail was remarkable. Most of it was threatening, some of it life-threatening to me, since I was symbolically the leader of this. And we worked our way through it and finally resolved it.

So by the end of that year, from 1997 to 1998, we went from a stadium full of flags to a stadium with no flags. And we did that by adopting a rule that you could not bring a pointed object into the stadium, whether it was an umbrella, a hot dog on a stick, or a flag on a stick. And we limited the size of flags and signs to something like 10 inches by 14 inches. So we were within the bounds of the First Amendment. . . .

Since that time, we are prospering at the university in ways that none of us could have imagined. And I think it had a significant impact on the way we were perceived not only in Mississippi, but nationally. The newspapers covering stories about Ole Miss ceased to begin their stories with the 1962 riot and with Ole Miss being an old-fashioned, 19th-century university. We were able to make that transition. . . .

Over time, people began to see that the benefit of not having that flag tied to our university, or vice versa, was far more valuable than the enjoyment that anybody received from waving that flag. It was measurably destructive to the university.

Next post: Where Will President Obama Be on November 19?

Previous post: From Black Confederates to 12 Years a Slave