“The Knighliest of the Knightly Race” 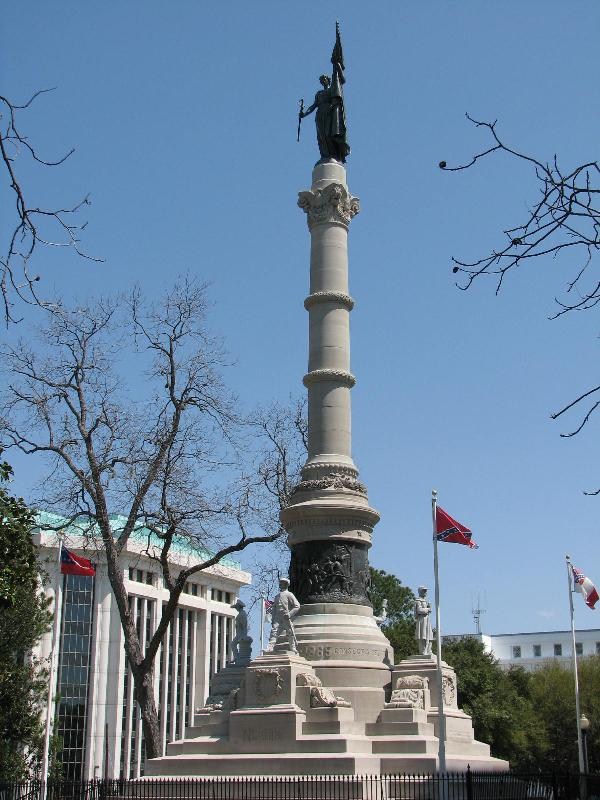 Grounds of the Alabama State Capitol in Montgomery

In addition to the Jefferson Davis monument I am also going to talk briefly about the Alabama Confederate Memorial Monument (1898), which commemorates the 122,000 men from the state who fought for the Confederacy. Students will be asked to reflect on the ways in which these monuments reinforced the politics of Jim Crow through a selective memory of the past.

THE KNIGHTLIEST OF THE KNIGHTLY RACE/WHO SINCE THE DAYS OF OLD,/HAVE KEPT THE LAMP OF CHIVALRY/ALIGHT IN HEARTS OF GOLD.”

What do inscriptions such as the one above tell us about who these monuments were meant to include or welcome to the grounds of the Alabama state capitol and who they were meant to exclude? To what extent do these monuments reflect the nature of the legislation that took place inside the capitol throughout the period leading up to the civil rights movement? What does justice mean in such an environment?

I am also going to ask students to reflect on the fact that the four granite figures, representing the four branches of the Confederate military, were completed just south of Boston in Quincy.

So looking forward to heading out tomorrow morning with some incredibly thoughtful students.

Next post: John Marszalek Reflects on 1864’s Person of the Year