Son of a Confederate Veteran That We Should All Celebrate 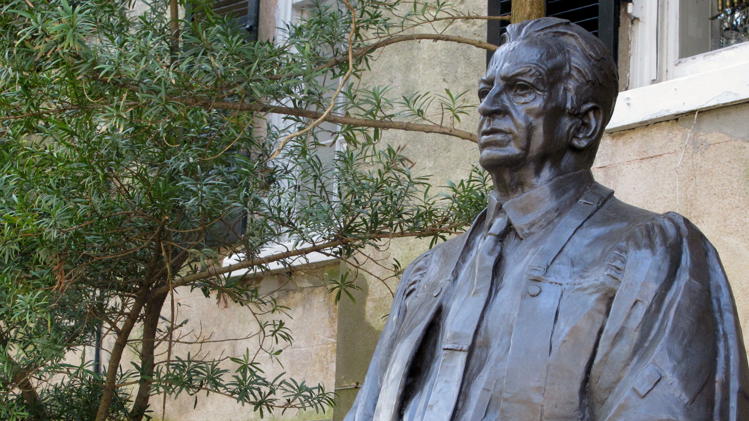 On April 11 at statue to Judge Julius Waites Waring will be unveiled in Charleston, South Carolina. Waring was the son of a Confederate veteran, who was eventually appointed by Franklin Roosevelt to the federal bench. He is best remembered for his dissent in the 1951 case, Briggs vs. Elliott, which anticipated the landmark case of Brown vs. Board of Ed a few years later. In his dissent Waring concluded that, “segregation in education can never produce equality and it is an evil that must be eradicated . . . . Segregation is per se inequality.”

After retiring from the bench Waring moved to New York City. Many in his home state considered him a pariah. The unveiling of this statue comes on the eve of the 60th anniversary of Brown, but as Professor of Law Jody Armour reminds us, this is also happening at a time when South Carolina is reconsidering its broader collective memory.

“South Carolina seems to be reconciling more with its racial history because it has been a stronghold of virulent anti-black racism for a long time and I’m not stretching to say that.” Armour said.”And it may be saying a lot about the state’s new way of viewing itself… no longer perhaps as one of the last strongholds of the Old South and Confederacy way of thinking, but a way of recognizing there was a sea change morally and they were at the heart of it. They weren’t just fighting change. They were spearheading change.”

It’s an overly simplistic point, but there is something quite satisfying in considering the trajectory between a father’s service in the Confederate army and a son’s work to dismantle the very system it hoped to perpetuate.

Next post: No Confederate History Month in Virginia in 2014

Previous post: The Confederate Soldier “Gave The Last Full Measure” For Us