Sons of Confederate Veterans Whip a Florida Crowd Into Shape 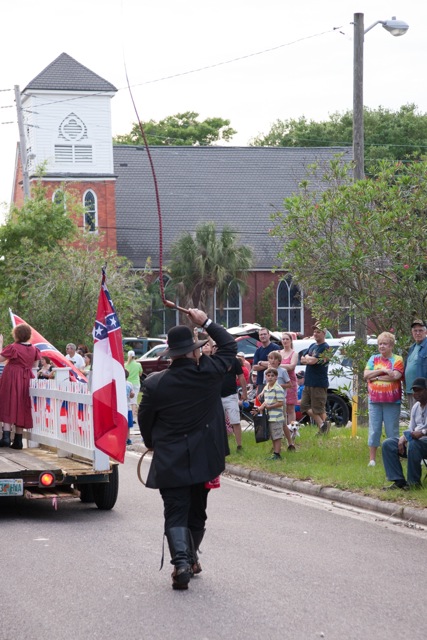 Just when you think the Sons of Confederate Veterans have reached the limits of offensiveness with some of their antics they go ahead and completely re-write the rule book. The local chapter in Fernandina Beach, Florida thought that an entry in the annual Shrimp Festival would help with building and reinforcing connections to the community. The float they entered wasn’t much of a problem, but the inclusion of a man dressed in black and brandishing a bull whip caused a number of heads to turn.

Of course, it was all a huge misunderstanding. According to the article linked to above the SCV assumed that the crowd would understand that the individual in question represented a “cattle driver, rounding up Florida beef for Confederate troops” and not a slaveowner.

I just shared this story with a friend, who doesn’t know anything about the SCV. Her response: “I want to meet these people.” [insert sarcasm] That about sums it up. Well played, SCV…. well played.