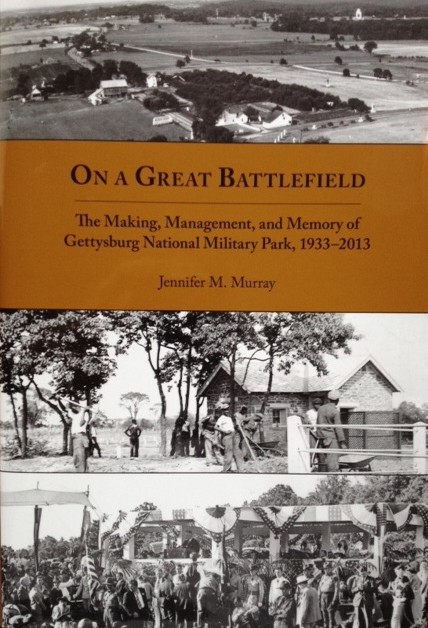 Congratulations to my friend, Jennifer Murray, who just published her first book, On a Great Battlefield: The Making, Management, and Memory of Gettysburg National Military Park, 1933-2013, (University of Tennessee Press). Jen worked for nine seasons at Gettysburg as a seasonal interpretive ranger. She knows the battlefield like the back of her hand and Jen brings a wide range of sources to bear in telling this story. Any Gettysburg enthusiast is going to want a copy. I purchased my copy at CWI and spent a couple hours reading it on the battlefield. Congratulations, Jen.

Bonus: I am happy to report that fellow historian, blogger, and all around badass, Keith Harris’s first book, Across the Bloody Chasm: The Culture of Commemoration among Civil War Veterans, is slated for publication in November.