Even in Death They Still Can’t Get It Right 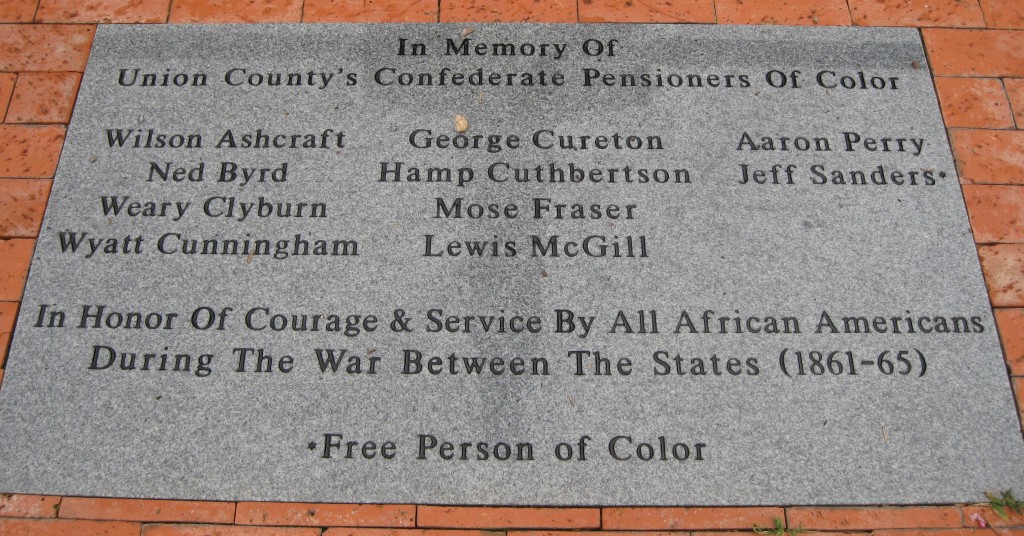 This past week Mattie Rice, who was a descendant of Weary Clyburn passed away. Over the past few year I wrote extensively about the Sons of Confederate Veterans’ and United Daughters of the Confederacy’s efforts to distort the history of Clyburn.

Both organizations did their best to celebrate and remember Clyburn as a soldier rather than what he was: a slave. The dedication of a marker to nine slaves and one free black who performed various roles while with the Confederate army is the best example. Notice that the marker makes no mention that nine of the ten were slaves. It goes out of its way to distort the truth.

While newspaper reporting finally acknowledges that Clyburn as a slave there is a certain level of confusion still present.

A memorial service will be held today for Mattie Rice, a slave’s daughter who urged Union County to erect a marker honoring the Confederate Army service of her father and other slaves.

In December 2012, Rice helped dedicate the marker in Monroe to her father and nine other Union County men. Nine of the men were slaves, and one was a free black man, all of whom served in the Confederate Army during the Civil War then received tiny state pensions for their service late in life.

Once again, it is important to remember that Clyburn and others slaves did not “serve” in the Confederate army. Clyburn did not receive a pension for his service in the Confederate army. He received a pension from a former Confederate state that decades after the war chose to give a small amount of financial support to former slaves who could show they were faithful servants. They served their masters. Speculating, as this article does, as to whether they accompanied their masters voluntarily or not makes little sense. It betrays a complete lack of understanding of the legal import of the master-slave relationship and ultimately insults the memory of Clyburn.

Mattie Rice had a sincere interest in the history of her ancestor. It’s unfortunate that the SCV and UDC could do little more than use the memory of Clyburn for their own self serving purpose. RIP.

Next post: What Historians Missed about the Baptist Kerfuffle