A View of Emancipation From South of the Border 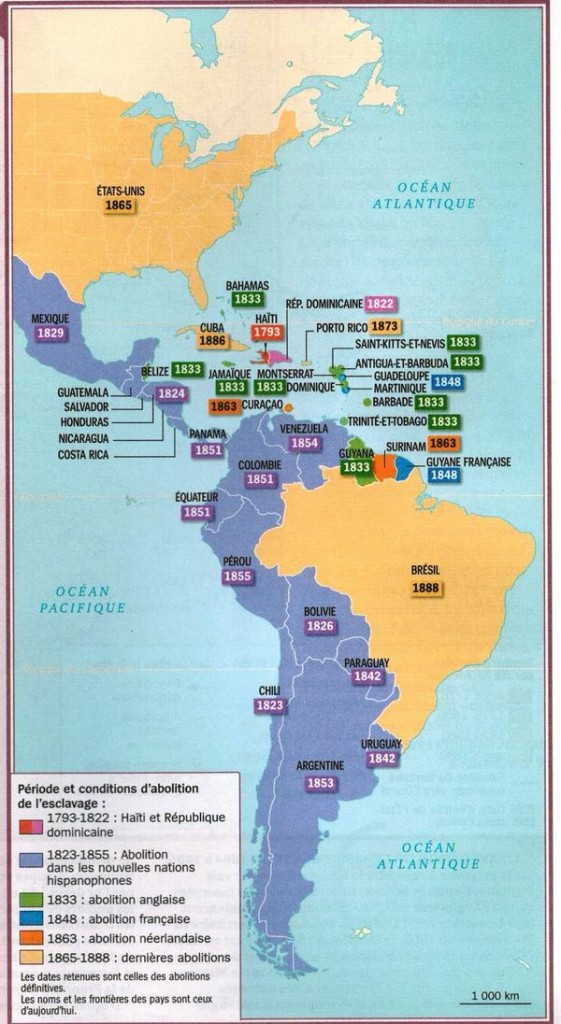 Over the past few weeks my survey courses have been examining the political debates over the expansion of slavery in the United States as well as the experience of the slaves themselves. As part of the introduction to my Civil War unit today I tried to emphasize just how unexpected the end of slavery was in this country. Few Americans could have anticipated its abrupt end in 1860 given the continued rise in the value of slaves, the amount of wealth slave labor generated, and the extent to which it had become infused in American society.

I also shared with my students that some historians, including William Freehling, have speculated that without a war slavery could have continued into the twentieth century. This last point took them for a loop. They were unable to imagine the United States in the twentieth century with slaves. One student suggested that the system of slave labor always appeared incompatible with a modern economy. A few other students simply had trouble with the idea of the leader of the free world still holding onto slavery.

At that moment I decided to photocopy a short excerpt from Ed Baptist’s new book, which I will share tomorrow, but in the meantime I asked students to consider the image below. I wanted them to understand that even in 1865 (the year slavery ended) the United States was far from the leader of the free world. Unfortunately, I can’t remember where I found this image, but it certainly left an impression on my students.

We will continue the discussion tomorrow.