“I Want to See Richmond”

There are a number of powerful images from yesterday’s concluding event in Richmond marking the 150th anniversary of the city’s fall and liberation. This one, however, stood out to me for a number of reasons. Whether intended or not by the individual waving what I believe to be a Third National Flag of the Confederacy, the image itself is open to interpretation.

At first glance it appears that the flag is being waved in defiance. If so, he stands alone as the color guard of the 22nd USCT and the rest of the men remain fixed on their front. An estimated five thousand people attended the ceremony at the state house, which marked the destination of the participants in this parade. This is the only photograph that I’ve seen of a Confederate flag anywhere along the route. The contrast between the marchers and the lackluster way in which this individual holds his flag could not be more apparent. The woman to his right takes no notice of him.

Should this individual’s actions be interpreted as an act of bravery or as the last gasp of the Lost Cause in the former capital of the Confederacy? Perhaps this display is not intended as a protest at all. 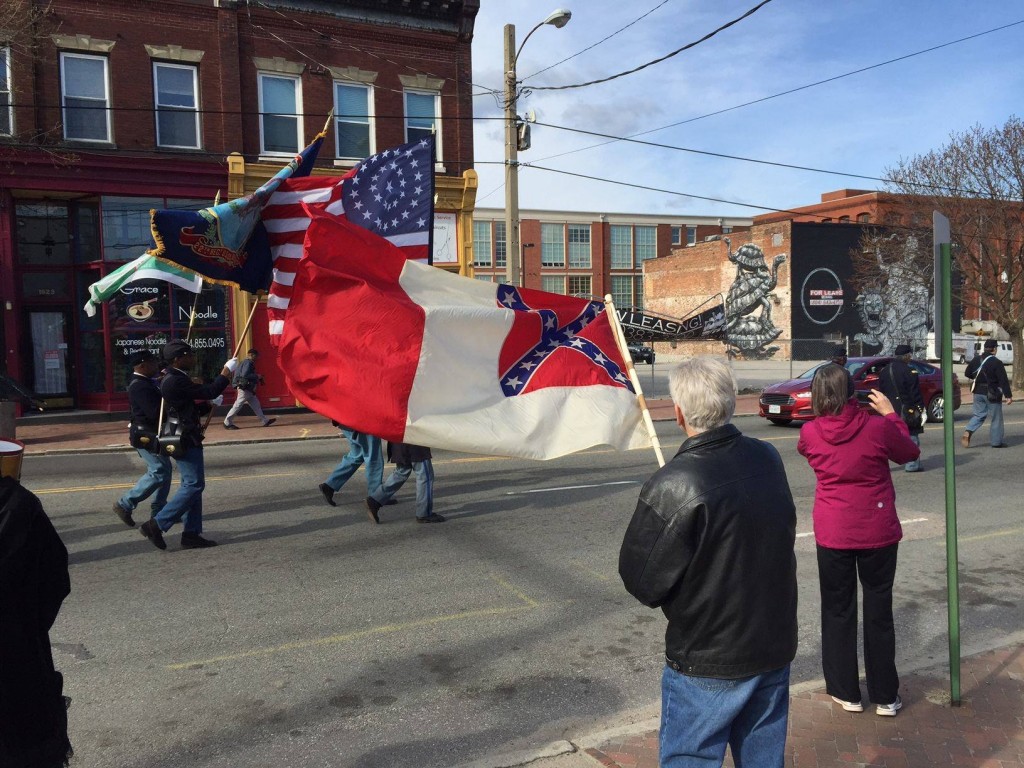 Perhaps the level at which the flag is being flown is intended to symbolize defeat and submission. The angle at which it is being held reflects the Confederacy’s fall.

Personally, I see indecisiveness, if not cowardice, at work here. The individual feels strongly enough to wave his flag, but at the moment when it counts the most he stands away from the curb and angles his flag forward.