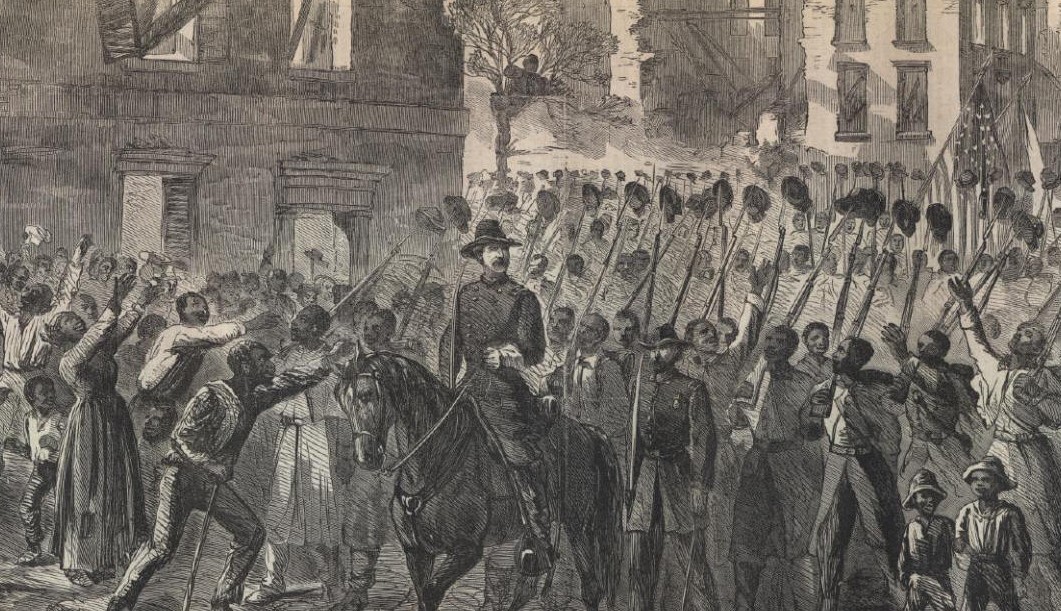 Update: I totally called it. The Confederate flag was intended to honor the men of the 54th Massachusetts and was not a pro-Confederate statement.

Late last night a Confederate flag was discovered displayed on the Shaw Memorial on Beacon Street across the street from the Massachusetts State House. The flag remained displayed for a couple of hours before police arrived. While it is unknown who placed the flag on the monument or for what purpose it does not appear to be a pro-Confederate flag message. The flag is clearly dangling from Colonel Shaw’s sword. It certainly does make for a powerful image.

Most people know the story of the 54th Massachusetts from the movie “Glory”. The movie’s narrative ends with the regiment’s failed assault at Battery Wagner, outside of Charleston, South Carolina in July 1863. What often goes unnoticed, however, is the crucial role the regiment – along with its sister regiment, the 55th Mass. – played during the immediate postwar period. Both regiments were stationed in South Carolina from April through August 1865. Their responsibilities included managing relationships between former slaves and owners to ensure the arrival of a new crop and safeguarding government buildings and supplies. Most importantly, the two regiments played a vital role in protecting former slaves from their former masters who hoped to rebuild white supremacy on a new foundation.

In short, the 54th and 55th functioned as the face of the federal government in parts of South Carolina on the heels of its victory. 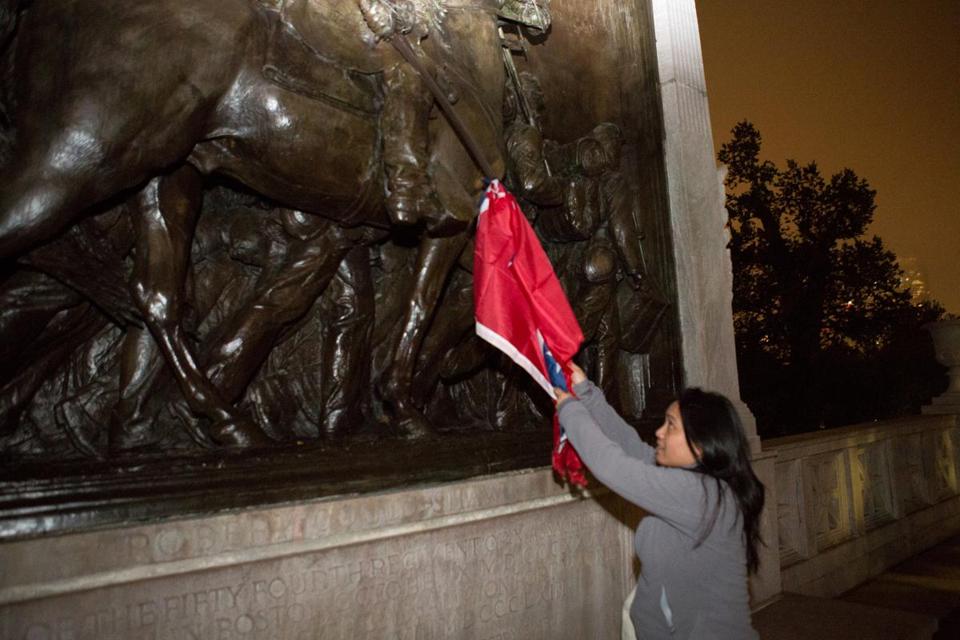 And here is another angle. 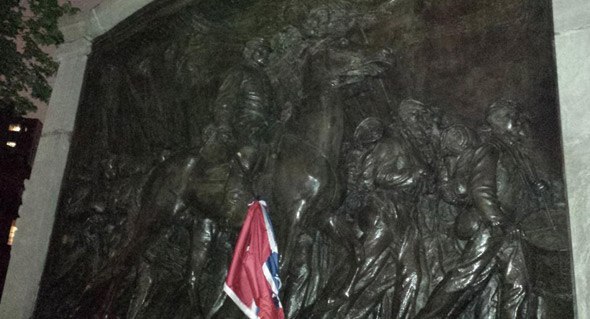