The Passing of a Pioneer in History Blogging 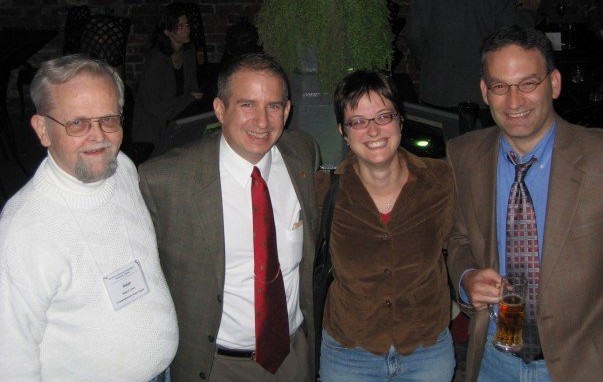 with Ralph Luker, Mark Grimsley, and Rebecca Goetz at the 2007 SHA in Richmond

I was very sad to hear this morning of the passing of Ralph Luker. Ralph taught American history at a number of schools and was the author of numerous studies. He also edited two volumes of the Martin Luther King Jr. Papers. Many of you, however, know Ralph from his days at History News Network’s Cliopatria blog. Our paths crossed almost immediately after I started blogging back in 2005. Even at that early stage Ralph was already promoting history blogging and bloggers. In 2007 Civil War Memory was awarded Cliopatria’s Best Individual Blog.

Ralph was a huge supporter of my blogging early on and understood how I was trying to leverage it to promote my research beyond the site itself. He introduced me to various historians and on more than one occasion recommended me for inclusion on conference panels. Ralph was incredibly generous and I remain very grateful.

It’s hard to remember that back in 2005 there were relatively few history bloggers and even fewer academic history bloggers. It may not be a stretch to suggest that the core members of Cliopatria, including Ralph, Mark Grimsley, Rebecca Goetz, Rob MacDougall, Jonathan Dresner, and Timothy Burke, demonstrated how blogging could advance the goals of serious historians even as the format itself faced tough questions and a great deal of suspicion from the larger academic world.

That makes Ralph Luker somewhat of a pioneer. Thank you, Ralph. RIP.

Next post: Walter Johnson Offers ‘A Better Way to Think About Slavery’

Previous post: Why Did a Video about the Civil War and Slavery Go Viral?