This is from a recent interview that Donald Trump gave to The Washington Post’s Bob Woodward. I think it is safe to say that Woodward knew not to follow up on Trump’s response. Like just about everything else that comes out of his mouth, this is both horrifying and hilarious. 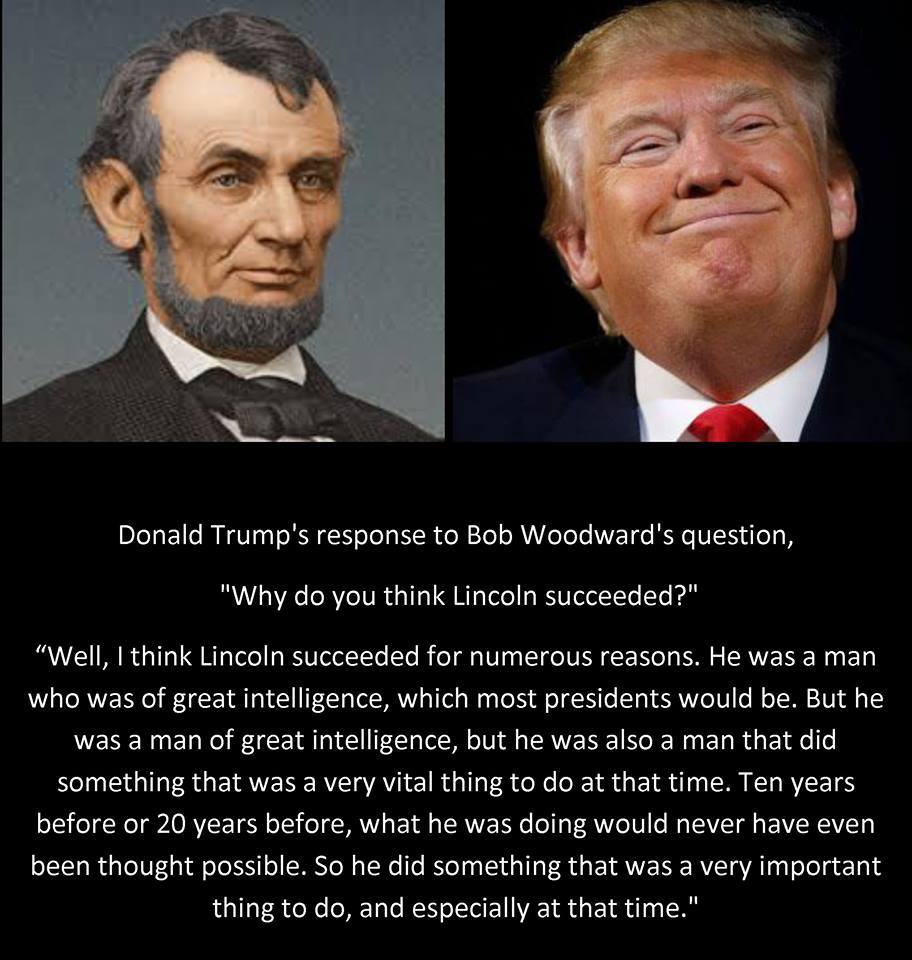 The historian David Donald wrote an essay in 1956, titled, “Getting Right With Lincoln” in which he surveyed the ways politicians attempted to embrace Lincoln as their own. I am not quite sure how you would classify Trump’s identification with our 16th president.