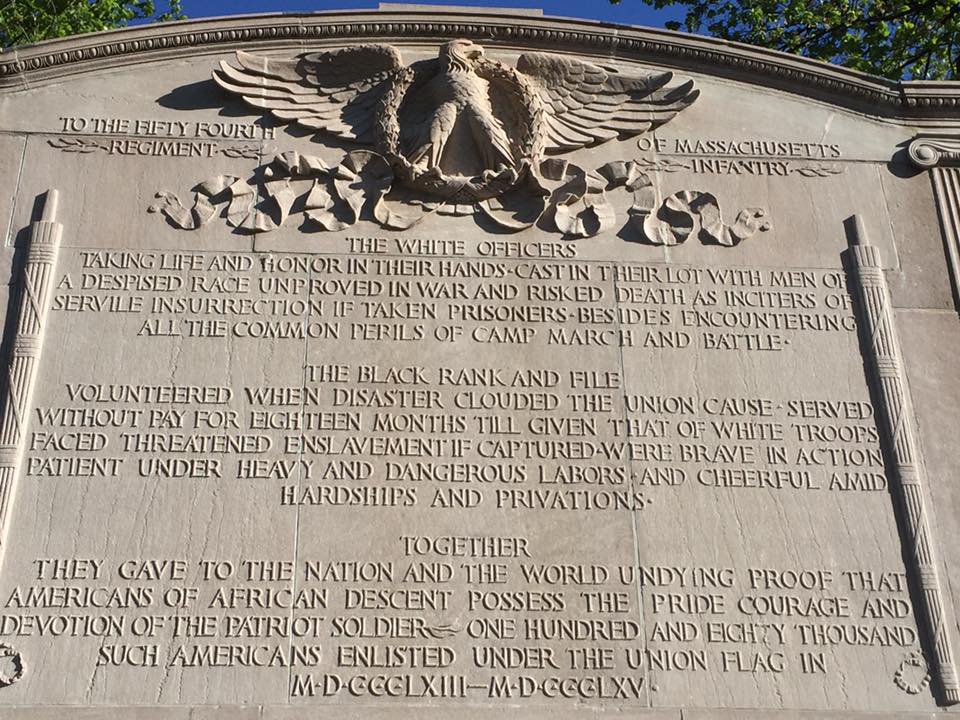 This morning I sat in front of the rear of the Robert Gould Shaw and Fifty-Fourth Regiment Memorial before heading into the Boston Athenaeum for a day of writing. It is certainly not the first time I have read the inscription on the rear of the memorial, which most people miss when they visit.

This time the words, “CHEERFUL AMID HARDSHIPS AND PRIVATIONS” jumped out at me. Note that the inscription also includes the fact that the unit, along with other black regiments, protested unequal pay. It’s an important reference in the history of black Union soldiers, but it is also one that sits uncomfortably next to the claim that they remained “cheerful” during these setbacks.

They certainly did not.

In fact, as I have noted before on this blog, black soldiers responded aggressively to this discrimination. While petitions were sent up the chain of command these men also protested by refusing orders and on a few occasions their protests resulted in violent altercations with white officers.

These cases are well documented and would have been known by those who pushed for a monument to Shaw and his men after the war.

So, why was it important to depict black soldiers serving in a Massachusetts regiment as “cheerful” on a monument dedicated in Boston in 1897? If monuments tell us as much about the time in which they were dedicated, what might this particular inscription tell us about the individuals and organizations responsible for this memorial?

Previous post: Not So Far Removed from the Lost Cause