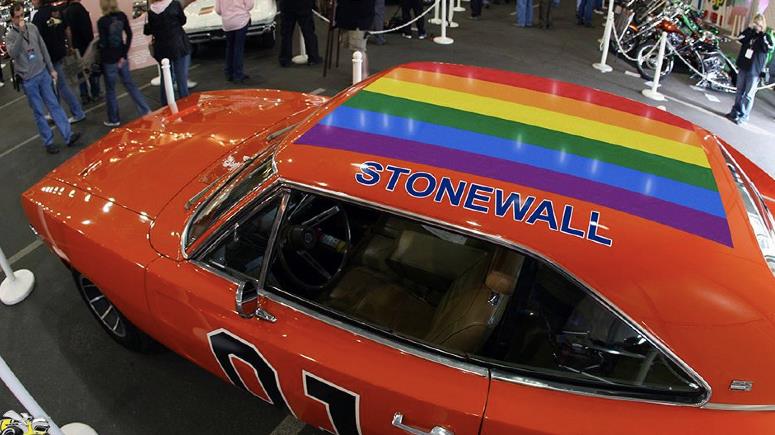 Just a few days ago President Obama announced the creation of the Stonewall National Monument as the newest addition to America’s National Park System. The police raid and community response that took place at the Stonewall Inn on this day, June 28, 1969, is often credited as sparking the modern LGBT civil rights movement in the United States.

Apparently, someone decided to mark this event with a fitting re-design of the iconic Dukes of Hazzard car, known as “The General Lee.”