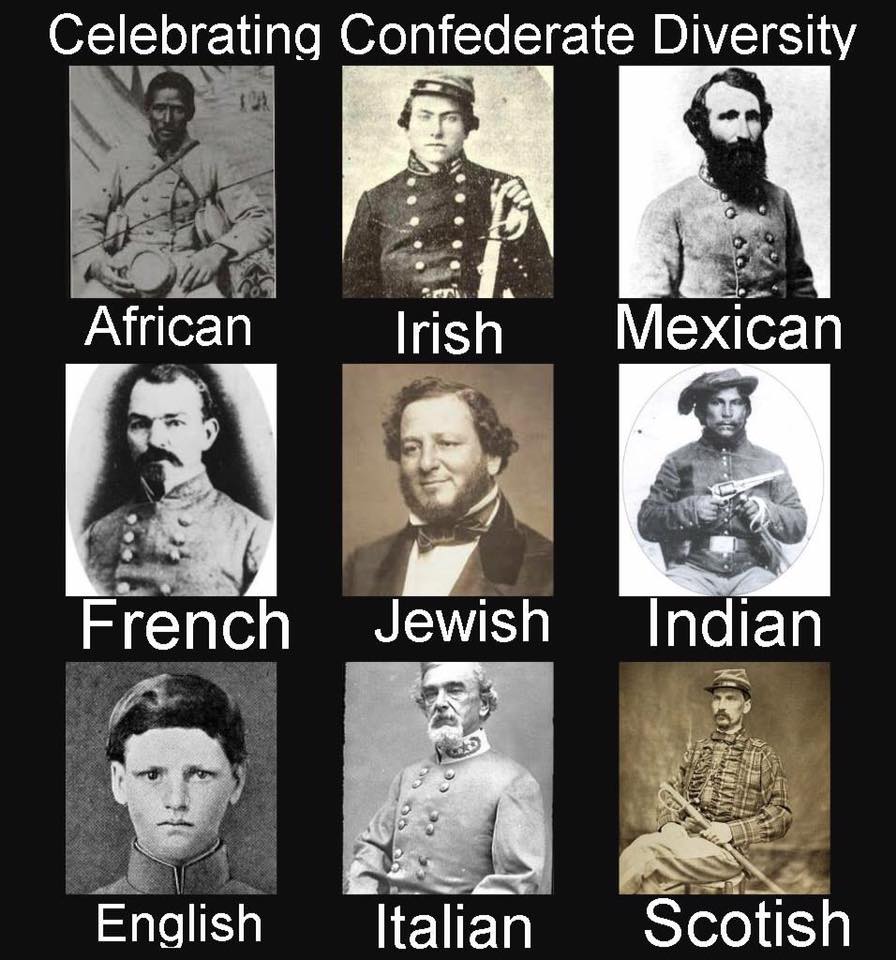 This visual meme that I found on Facebook yesterday beautifully captures the broader story that I tell in the final chapter of my book on the myth of the black Confederate soldier. While the first signs of this narrative in the late 1970s was in response to the emergence of stories of black Union soldiers and emancipation in popular culture, the black Confederate soldier is now one piece of a much broader narrative that has attempted to make the history of the Confederacy palatable to a new audience.

Historians have explored the limits of ethnic and racial diversity in the antebellum South, but visual memes like this take it one step further. The goal is not simply to highlight history, but to offer more recent arrivals to the South a reason to identify with the history of the Confederacy. More importantly, it is a way to minimize or overshadow the Confederacy’s commitment to white Confederacy.

Regardless of whether they acknowledge this or not, these visual memes point to the continued challenges that Confederate heritage advocates face in selling the history of the Confederacy. Thus far imaginary black Confederate soldiers have failed to rally today’s southerners around the colors. There is no reason to believe that the rest of the gang pictured above will have any more success.