From Camp Slave to Janitor 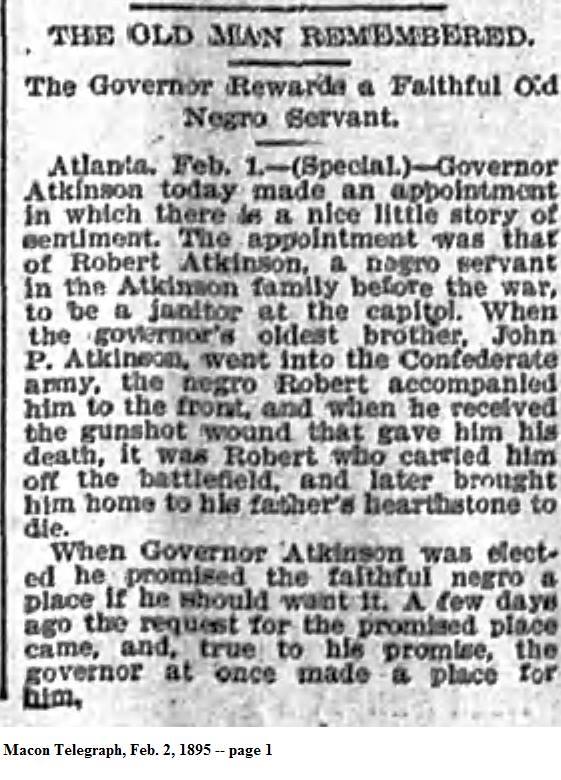 Here is a wonderful example of how the role of the loyal camp slave during the Civil War served to define and reinforce race relations decades later. In February 1895, Governor William Y. Atkinson appointed Robert Atkinson to the position of janitor at the state capitol in Atlanta, Georgia.

The appointment was an acknowledgment of Robert’s role as the camp slave or “body servant” to the governor’s younger brother. Robert accompanied John P. Atkinson and following his wounding, “carried him off the battlefield, and later brought him home to his father’s hearthstone to die.” Accounts of slaves escorting their dead or wounded masters home litter postwar accounts and provide for white southerners the clearest evidence of faithful service.

The appointment also provided an opportunity for Governor Atkinson to outline the kind of behavior he expected from Georgia’s black population, especially those who expected any kind of support from the state government. It is very likely that Robert’s request was accompanied by a clear demonstration of his continued loyalty to the family and an acknowledgment of his place in the racial hierarchy.

Previous post: Should This Civil War Museum Change Its Logo?