Just finished writing about this wonderful print published by the New York engraver John Chester Buttre. Many of you are no doubt familiar with Prayer in “Stonewall” Jackson’s Camp (1866). Buttre essentially stole it from an earlier sketch done by Adalbert Johann Volck. 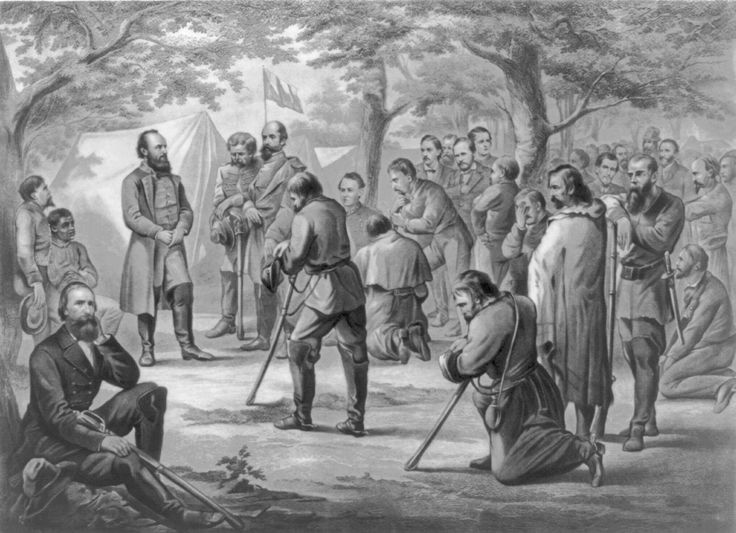 Buttre made a number of changes, including adding Confederate Generals Richard S. Ewell and A.P. Hill. He made it a point, however, to keep Jackson’s camp slave, Jim Lewis, in the scene. I have to believe that Buttre intentionally placed Hill in this disinterested pose given his relationship with Jackson.

The chromiolithograph featured in the headline above was published in London in 1871 and was based on Conrad Wise Chapman’s painting The Fifty-Ninth Virginia Infantry–Wise’s Brigade (1867).

I am on the hunt for other wartime and postwar engravings, lithographs, etc. that include camp slaves. Thanks for your help.