Update: Virginia Flaggers were led down the streets of Lexington by a member of the League of the South.

From all of the reports, photographs, and videos that I have seen it looks like the Virginia Flaggers and Sons of Confederate Veterans were upstaged by CARE this weekend in Lexington. The Flaggers managed to attract the same roughly 200 people – most of whom do not live in Lexington – to this annual event. Reports indicate that CARE’s march in honor of Martin Luther King, Jr. attracted around 2,000 people.

The Flaggers once again managed to get some positive coverage from news outlets that for some reason have not looked into their membership and activities over the past few years. Even The New York Times gave them a pass, but their photographer did manage to capture a wonderful photograph of Susan Hathaway marching down the street. 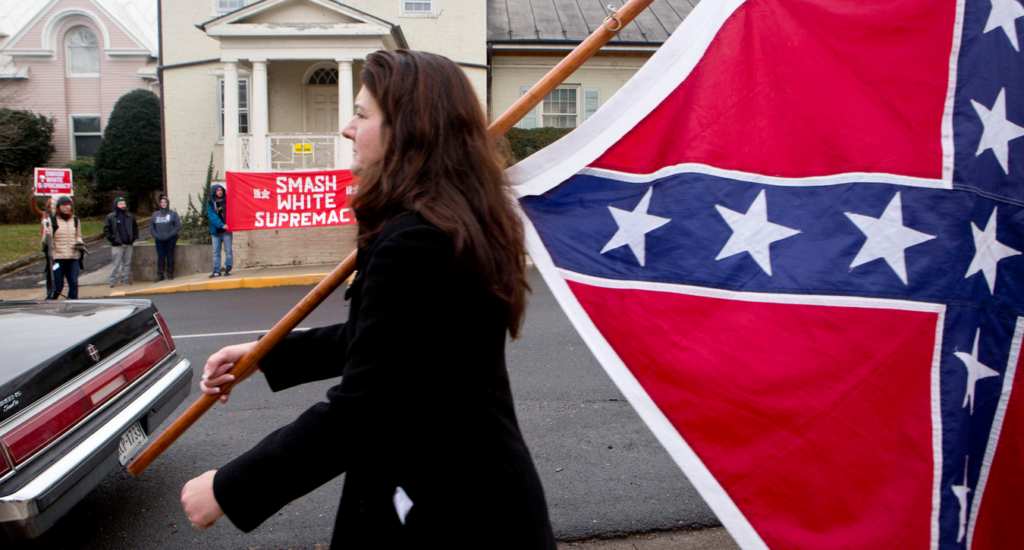 Of course, the Flaggers did manage to raise another large Confederate battle flag outside of the city, but as I have suggested before, each of these represents a defeat.

This weekend their defeat came in the form of residents announcing for all to see that the values of the Flaggers and SCV do not represent their city.