I really appreciate readers and friends who continue to send me references related to the myth of the black Confederate soldier and history of camp servants (slaves). This is the first piece of evidence, however, that I have seen of a Confederate veteran, who placed a newspaper ad looking for information about his former camp servant. 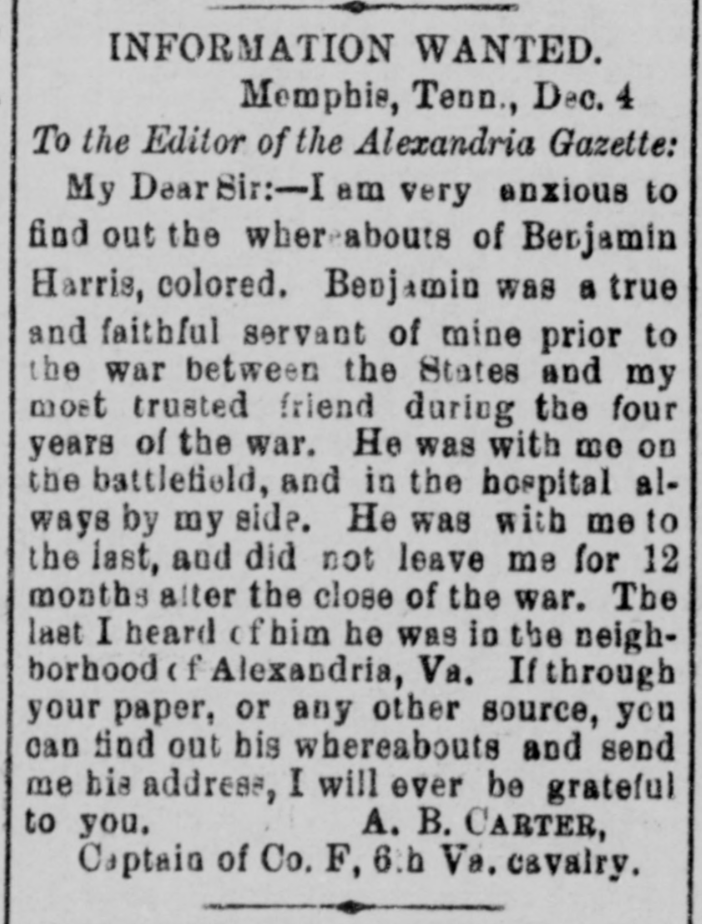 The ad was placed in the Alexandria Gazette in 1900 by Captain A.B. Carter, who served in the 6th Virginia Cavalry. The content itself is not unusual. Confederate veterans often wrote glowingly about the “faithful” service of their former slaves.

Accounts like this always leave more questions than answers. For me, the most common question that remains (given that most of the postwar evidence about the master-slave relationship was written by white men) is how former slaves viewed the war and their former masters. Did Benjamin Harris even have any interest in meeting Carter after all these years?

I am certainly going to include this in the next draft of Searching for Black Confederates once I get the reader reports back from UNC Press.

Previous post: *Upon the Fields of Battle* One Step Closer to Publication