Many are expressing shock and surprise that Mississippi governor Tate Reeves chose to sign a proclamation designating April as Confederate Heritage Month. Clearly, these people know nothing about Mississippi. 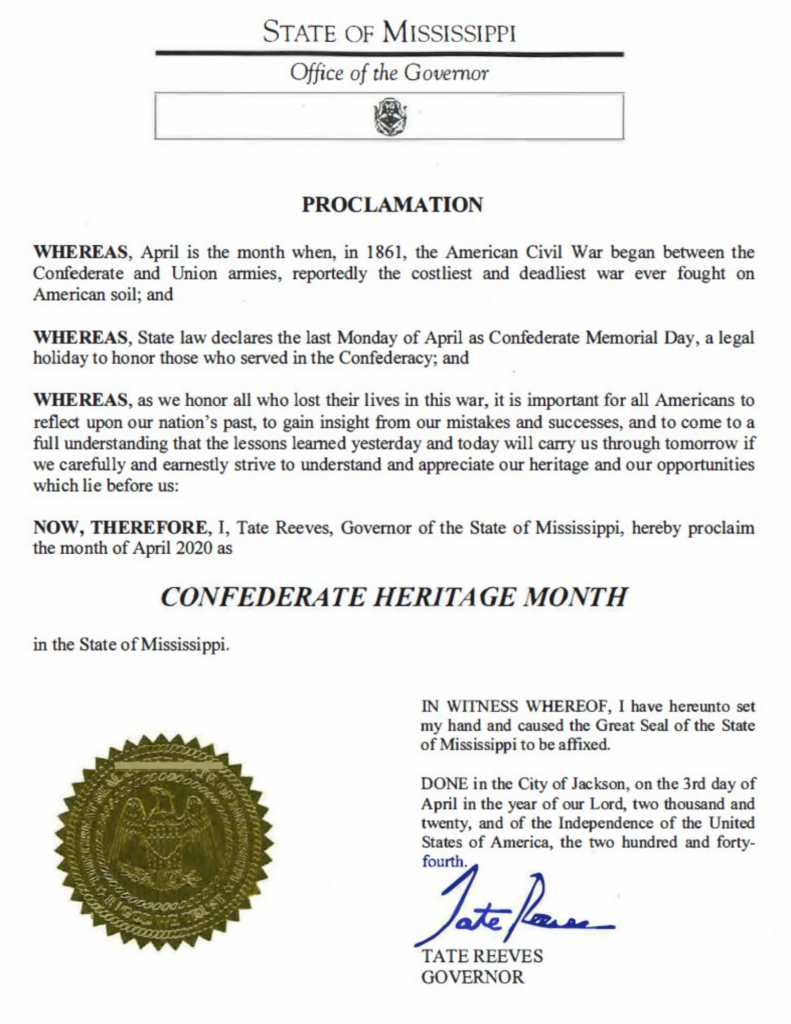 I can certainly understand the frustration, but what once again stands out to me is the proclamation’s watered down and meaningless language. These proclamations go out of their way to avoid the very purpose that they once served—to celebrate not just the Confederate soldier, but the cause for which he fought.

This is an important point. These proclamations were intended to give legitimacy to an interpretation of the “War Between the States” that justified secession and slavery, celebrated the bravery of Confederate generals like Lee and Jackson, and cast Reconstruction as the product of a corrupt and evil federal government. This view was once widely accepted.

To be honest, I don’t understand why the Sons of Confederate Veterans is still asking for the governor to sign these proclamations, but given the past few years I guess they will take what they can get.

My recommendation is to read this not as a reflection of the continued hold of the Lost Cause in American culture, but as a sign of just how far it has receded.

Next post: Virginia’s Confederate Monuments Can Finally Come Down