Like many of you I have been thoroughly entertained by the new AI technology introduced by MyHeritage that brings motion to still photographs. Upload a still photograph and watch your subject come to life through ever so slight changes to its facial expression.

I’ve seen people respond strongly to the sight of deceased family members, who appear to be magically brought back to life for a few fleeting seconds.

Not surprisingly, numerous still photographs of famous Americans have been uploaded to the site. Some of them are just downright awkward, while others look very natural in their facial movements. There is young Abraham Lincoln and Henry Clay. John Calhoun looks even creepier in motion, if that is even possible.

Of all the historic figures that have been uploaded from nineteenth-century America the one that I find most impressive is Frederick Douglass. I’ve seen a couple of different animated photographs and they are mesmerizing. Here are two examples from different periods in his life.

Here’s another animation of Frederick Douglass that @jcdmce generated earlier today (which got me hooked on these animations in the first place). That subtle smile at the end puts Mona Lisa to shame. pic.twitter.com/fzzIm7bL56

I wonder if one of the attractions of these animations is the desire to feel closer to a past that always seems to slip through our fingers. But the longer I spent glued to the computer screen watching Douglass twitch, sway, and blink the more I felt as if I was violating his trust.

[H]e believed in its truth value, or objectivity. Much as his Bible referred to an unseen but living God, a photograph accurately captured a moment in time and space. Even more than truth-telling, the truthful image represented abolitionists’ greatest weapon, for it gave the lie to slavery as a benevolent institution and exposed it as a dehumanizing horror. Like slave narratives (Douglass was a master of the genre), photographic portraits bore witness to African Americans’ essential humanity, while also countering the racist caricatures that proliferated throughout the North. (p. xiii)

Douglass posed for photographs with the clear intention to convey a specific message to the viewer. He accomplished this through his choice of clothing, the angle at which he sat in relationship to the camera, and especially his choice of facial gesture. 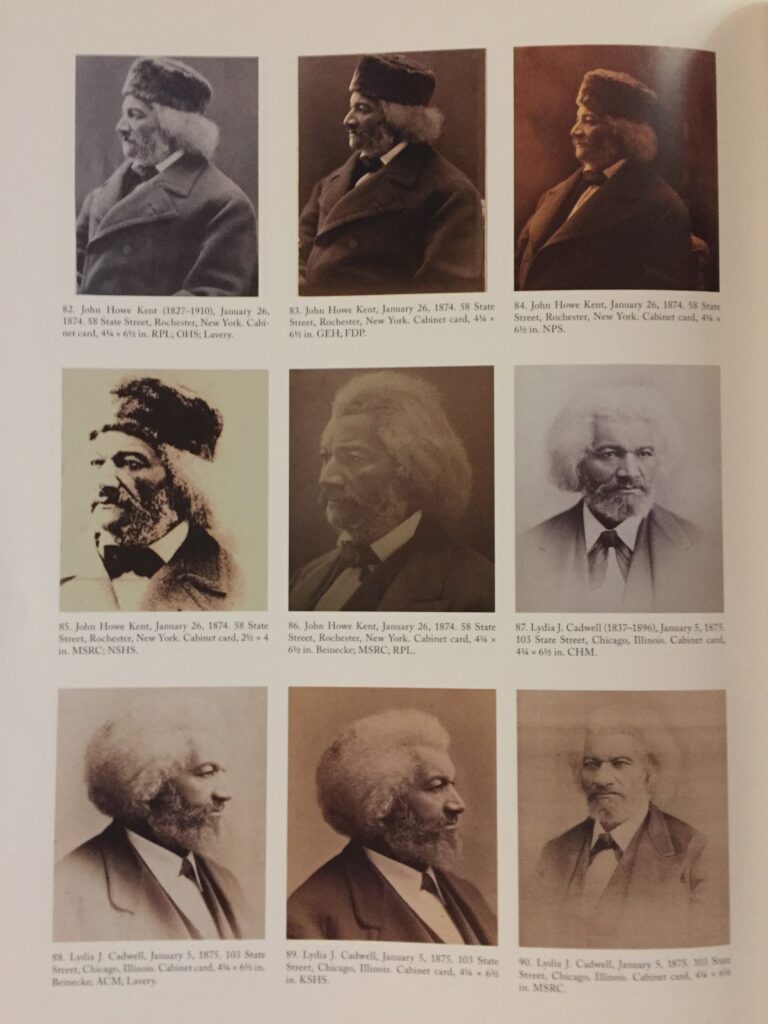 The use of technology to alter still photographs is nothing new. I can certainly see some interesting applications for classroom use with this technology, but my fear is that we run the risk of losing sight of something profoundly important about Douglass and his embrace of photography as a form of political empowerment and a means to establish one’s basic humanity.