The Problem With CNN’s Lincoln Documentary

If it weren’t for having to work on taxes last night I probably wouldn’t have caught a single episode of CNN’s new documentary about Abraham Lincoln, called “Divided We Stand.” Last night’s episode focused on the first half of the war. It included a focused look at the impact of Willie’s death on his parents and the signing of the Emancipation Proclamation. I was quickly underwhelmed. 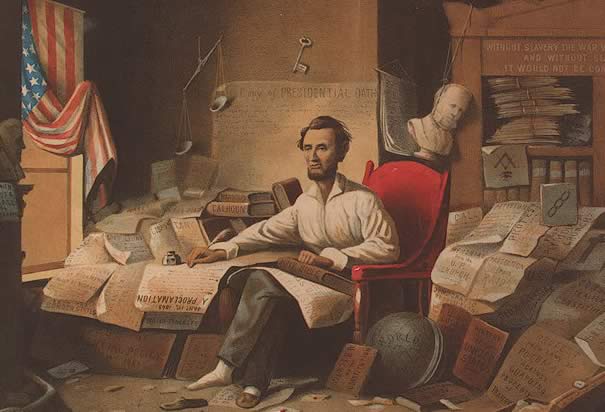 I was very encouraged by the number of talented historians that were employed for this documentary, but the way in which they are utilized is problematic. The film moves from person to person for what amounts, in most cases, to only a few words. These fragments are strung together to form a coherent narrative. I found the constant back and forth distracting.

If you are going to include such a talented list of historians, use their commentary to support a rich narrative rather than the other way around. You can’t build a compelling and historically interesting narrative by cobbling together fragments of commentary from 10 different people. This is essentially the tail wagging the dog.

The questions posed to each historian should emphasize his or her area of expertise, which in turn can be used to enrich specific places in the narrative. I found it frustrating that most of the time the questions posed could have been answered by anyone.

And that leads me to what I see as the overall problem of the documentary. In the end, the content is uninteresting and fails to add much of anything to what you can find in any number of documentaries about Lincoln and the Civil War.