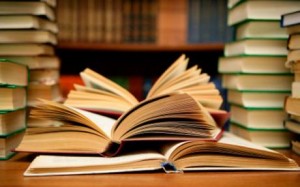 As I’ve mentioned in the past, in addition to my Crater manuscript I am working on editing a large collection of letters for publication. The letters are from Captain John Christopher Winsmith who served first in 5th and later in the 1st South Carolina Infantry. The collection, which is housed at the Museum of the Confederacy in Richmond contains roughly 265 letters. They are beautifully written and the content covers the entire spectrum of Civil War themes. At this point I still do not know much about his background. The Winsmith’s made their home in Spartanburg, South Carolina and were apparently fairly large slave owners. John attended the Citadel before he left owing to disciplinary problems. He had just passed his law exam on the eve of the war. The bulk of the letters run from from 1859 (I have one letter from 1851 from the Citadel’s archives) to 1864. I plan to take a few days early this summer to drive down and spend time in the local historical society. I recently discovered that the home and slave quarters are still standing. At this point I’ve transcribed 173 letters. Winsmith saw action in Virginia, Maryland, South Carolina, Georgia, and Tennessee. The letters are incredibly rich and will prove useful to both researchers and those who just enjoy allowing the participants to tell their own story.

As I am getting closer to completing the basic transcriptions and looking for a publisher I now have to think more seriously about how to edit these letters. Part of the problem is that I am not clear as to exactly who reads these collections. I rarely read an edited collection straight through; rather, I use these for various research projects. My guess is that the publication of diaries, letters, and memoirs is a recent trend, probably following on the heels of Ken Burns’s documentary and the emphasis on Sam Watkins and Elisha Hunt Rhodes. I have no doubt that the increase in social histories of Civil War soldiers and unit histories also explains this trend. I’ve started to pay closer attention to the format of published primary accounts. I would love to hear from some of you out there if you have any suggestions. Let me know which published accounts stand out and why.