The View From the Ground: Only for Academics? 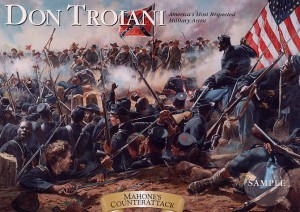 I was wondering this morning how long it might take for reviews of The View From the Ground: Experiences of Civil War Soldiers to appear.  I decided to do a search and found a very short review in the Charleston Post and Courier.  The review was written by Richard Hatcher who works as a historian for the NPS at Fort Sumter and is co-author of an excellent book on Wilson’s Creek.  I was struck by his evaluation of the book and given that the review is so short it is presented here in full:

The title suggests this book is composed of a series of letters, diary or journal entries, or even reminiscences of Union and Confederate soldiers.  It is not. It is, in fact, a collection of nine academic essays on a number of contemporary issues soldiers faced.

These essays cover a variety of subjects, each of them between 18 and 20 pages. Union soldiers’ views on slavery and race and the manner in which Christians handled temptations of camp life present two general subjects. Discussions of how soldiers of the Fourth Texas Infantry accepted their officers, and which states’ troops deserved or earned the honor of victory at the Battle of the Crater represent more specific topics. Nine separate authors have contributed to this work, and while their styles differ widely, each reads as if it was directed toward an academic audience and not widespread Civil War readers.

It is likely that ‘The View From The Ground’ will appeal only to a limited number of readers outside the ranks of professional Civil War historians.

First let me say that as a descriptive claim Hatcher may in fact be right that this volume will only appeal to a select group of readers.  That said, for the life of me I don’t understand why anyone would agree to review any book in a popular newspaper if all that is to be said is tantamount to: This book isn’t for you.  Now maybe I am being overly sensitive given that I am a contributor to this volume, but Hatcher’s comments touch on one of the primary motivations behind my research and this blog.  I have no doubt that there are plenty of people whose interest in the Civil War is simple entertainment and storytelling; however, there are just as many people who are willing to think critically and take their knowledge to the next level.

Instead of simply acknowledging what may in fact be descriptively true why not suggest that those people who are looking to deepen their understanding of soldier life would do well to consult this book.  After all aren’t many people interested in the religious and political lives of soldiers?  If you can’t say that the essays would help deepen understanding in these areas than say why, but to suggest that only fellow academics will find these essays interesting implies that there is no room for the general reader to further their understanding.  I do not write only for fellow academics.  Assuming that my Crater manuscript sees the light of day I would be appalled to read a review implying that the study is suitable only for people who have advanced degrees, teach in a college or university or happen to live in the Northeast.

A newspaper review is going to reach a wide audience; why not encourage people to broaden and deepen their understanding of the Civil War whenever possible.  God knows we desperately need it.