Session 2: “The Future of Virginia and the South” 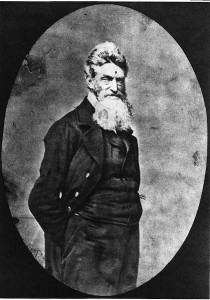 While the population of Virginia was expanding there were problems.  Va was a net exporter of people.  Many white Virginians had to make very difficult decisions such as Cyrus McCormick who moved to Chicago.  Important to distinguish between the many geographic sections of Virginia.  Keep in mind that the state included the present state of W. Virginia.  Free blacks lived precarious lives; at different times they were forced to leave the state.

The largest crop in Virginia in 1859 was the wheat crop though it was growing more slowly than other parts of the country such as the west.  The emerging crop was the bright leaf tobacco, which was the new cash crop.  This was one sector where Virginia was holding its own and helped to sustain the loss of the population south and west of Richmond.  Richmond was a vital exporting node for the nation in 1859 – think of it as the southern point of the northeast transportation network.  The state of Richmond in 1859 serves as a reminder that the South was not monolithic.  The city was connected to the rest of the nation as well as the broader Atlantic economy.

Slave Trade in Richmond: Weekly sales figures for Hector Davis (Richmond slave auctioneer in 1858: $1,77321 and 1859: $2,671,572).  Tredegar didn’t bring in anywhere near this amount of money, which should give us a sense of how profitable the slave trade was at the end of the 1850s.  There was no stigma of being a slave trader in Richmond in the 1850s.  Sales were held at Shockoe Bottom as well as hotels in the area (Anthony Burns was resold into slavery in this location).

Next post: Session 2: “The Future of Virginia and the South” (Part 2)