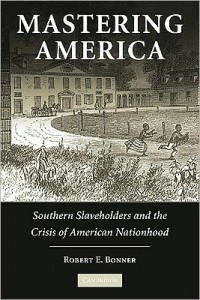 I had a wonderful time in Louisville at the SHA.  It’s a wonderful opportunity to listen to thoughtful presentations and meet up with old friends.   When I have time I will share some thoughts about one of the panels on Civil War memory and the Sesquicentennial.  Of course, one of the best features of the conference is the book room, which features most of the major publishers that deal in Civil War and Southern history.  Most of the books are available at a significant discount.  Here is what I picked up this year:

Paul D. Escott, ed., North Carolinians in the Era of the Civil War and Reconstruction (University of North Carolina Press, 2008).