Sgt. Richard Kirkland For All Of Us 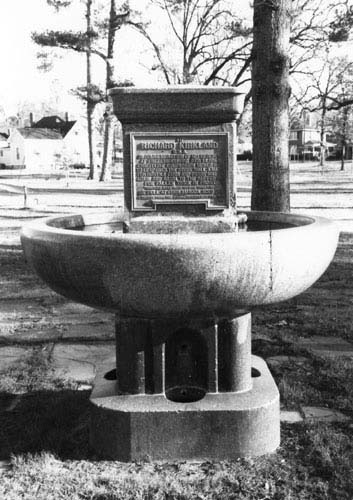 I‘ve been thinking quite a bit about Sgt. Richard Kirkland lately.  Last week Peter Carmichael referenced Kirkland in his speech marking the anniversary of the battle of Fredericksburg.  Carmichael used the Kirkland story and his monument on the Fredericksburg battlefield to point out our tendency to glamorize the Civil War and ignore the more horrific aspects of battle and the challenges of soldiering.  In addition, a new movie about Kirkland is scheduled to be released at some point soon.  As someone who focuses on why we remember certain aspects of the war I am less interested in the history of Kirkland than in why his story continues to be so attractive.  Actually, with all that has been written about Kirkland I am struck by how little we know about him.  If you read the many short stories published about Kirkland at the turn of the twentieth century you get the sense that they are much more reflective of what the authors and society chose needed to remember about the Civil War as opposed to simply Kirkland himself.  Kirkland serves more as a template for our collective memory of the war; one could almost say that we are using him for our own purposes.  I think Carmichael is right about our selective memory regarding Kirkland’s actions.  We want to see him as the “angel” in waiting rather than as someone who took part in the brutal slaughter of Union soldiers on that December day.  The scores of published accounts and paintings narrow our focus of Kirkland’s experience at Fredericksburg to that one point as opposed to a participant in the broader battle and war.  How many of those “Yankee” soldiers did he gun down out of revenge for the looting of the town?  Can we even acknowledge such questions?

The truth is that our memory of Kirkland (like much of the war) has always been instrumental in allowing us as a nation to move further away from the history of the Civil War.  We can see this in South Carolina during the 1890s under the leadership of Governor Ben Tillman where the first Kirkland monument was unveiled.  Consider W. Scott Poole’s analysis:

South Carolina’s new leadership class continued to give a respectful nod to the Lost Cause, but their Lost Cause represented a dead past to be honored rather than  living ideology of defiance.  Increasingly, reconciliation with the North became a theme of even the Lost Cause celebrations.  Wealthy landlords, railroad interests, textile mill owners, and the ladies of the UDC could find little reason to refight the issues of the war.  This new ideology found expression in Confederate monuments as well.  The town of Camden, in Kershaw County, for example, dedicated a decorative drinking fountain to Richard Kirkland, as South Carolina soldier who had taken water to the suffering wounded in both blue and gray after the battle of Fredericksburg.  Rather than symbolizing Confederate virtue, this monument, built with money raised by some of Tillman’s public school children, honors the turn-of-the-century sentiment of reconciliation.  An inscription describes Kirkland as “moved by Christlike compassion” for the northern soldiers he aided, a sentiment at odds with the warrior virtues praised by earlier Lost Cause celebration.  As if to stress the changed meaning of this particular Lost Cause monument, the Humane Society of New York City provided the design for the structure. (p. 190)

If I understand Poole correctly, it looks like the “Angel of Marye’s Heights” functioned to help build economic ties between a “New South” that struggled to reconcile itself to a modern economy and an industrial North.  It could do so not by abandoning its past, but by remembering it in a way that did not alienate white northerners, who were no longer seen as enemies, but as potential business partners.