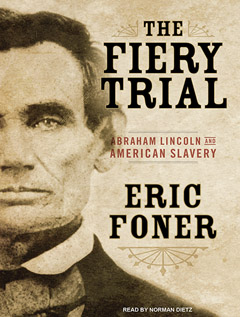 To be honest, the last thing that I need to be reading is another book on Abraham Lincoln given everything that has been published over the past few years.  However, I have to say that I am thoroughly enjoying Eric Foner’s new book on Lincoln and slavery and I suspect that it will quickly establish itself as the standard study – highly recommended.  I will also have quite a lot to say about Earl Hess’s new book on the Crater, which is by far the most thorough study of the battle.  Hess adds quite a bit to our understanding of the racial aspect of the battle.

Shearer Davis Bowman, At the Precipice: Americans North and South During the Secession Crisis (University of North Carolina Press, 2010).

Earl J. Hess, Into the Crater: The Mine Attack at Petersburg, (University of South Carolina Press, 2010).

Kate Masur, An Example For All the Land: Emancipation and the Struggle for Equality in Washington, D.C. (University of North Carolina Press, 2010).

Next post: Distorting the History to Celebrate the Soldier or Heritage Not Hate