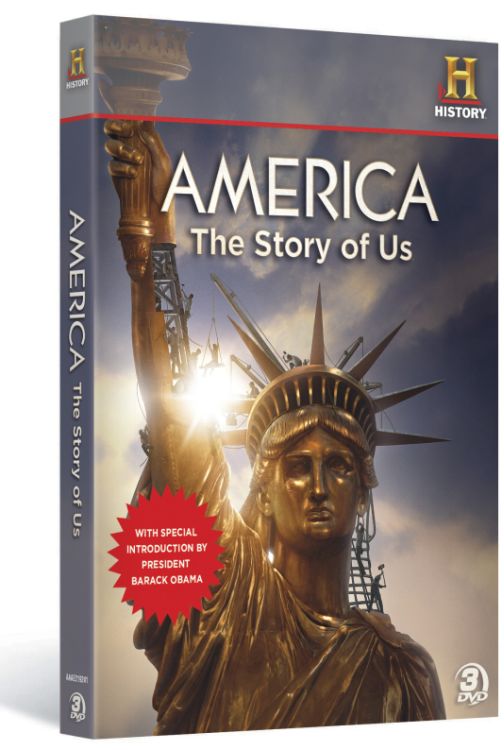 I am not a big fan of using history videos in my classroom.  Most are poorly produced and fail to add anything of substance to the various activities that I employ.  If I use video at all they are in short clips of historical footage such as a speech, parade, etc. pulled from YouTube.  At the beginning of the year History Channel mailed me a copy of their recent series, America: The Story of Us.  It sat on my shelf and I really had no plans to use it after having viewed a few segments.  However, as a way to get their intellectual juices flowing again after their Thanksgiving break I decided to show them the section on westward expansion through the 1850s as a way to introduce them to the next textbook chapter.  I wasn’t so concerned about the content; rather, I asked students to evaluate the narrative, along with the visuals, choice of talking heads, and the intended audience.

The video clearly kept their attention long after the point where you begin to see eyes glaze over or heads hitting the table.  They were impressed with the visual effects, especially the panoramic shots that helped them to conceptualize the pace of expansion.  We especially enjoyed the segment on the construction of the Erie Canal.  What they did not like at all was the choice of commentators.  They understood early on that the video was meant to attract the audience, but the choice of Michael Douglas, Rudy Giuliani, and Michael Bloomberg did not impress them at all.  A few students asked me to explain their qualifications for discussing American history.  Even more surprising was their reaction when John Legend, Sean “Puffy” Combs, and Martha Stewart appeared.  One of my students thought it was appropriate that Stewart was dressed in orange, but for the most part my students just laughed.  A few of them were visibly confused as to why the producers of this video would ask these people to offer commentary about specific historical events.

Keep in mind that I didn’t anticipate their responses, but after thinking about I have to say that I am encouraged by it.  I think they acknowledged the video’s usefulness, but their reaction to seeing high profile public figures as well as entertainers that many of them identify with suggests that our students are more sophisticated than we sometimes give them credit for.  I think what they are saying is go ahead and entertain us, but don’t assume that the only people we listen to and value are entertainers.

Next post: Which Museum of the Confederacy Are You Protesting?