Yesterday Mike Gorman left a comment in response to my post on Monument Avenue, which alluded to a a proposal for a monument to Sally Tompkins by Salvador Dali. I don’t know much about this so I did a little searching and found a sketch of the proposed monument as well as an interesting article.  Based on the allegory of St. George slaying the dragon, Dali proposed a full-bodied Sallie Tompkins standing in a petri dish — balanced atop a giant finger — taking a swing at a beast symbolizing disease.  Apparently this sketch was published in the local newspaper and met with almost universal disapproval.  I think it’s amazing.  Enjoy. 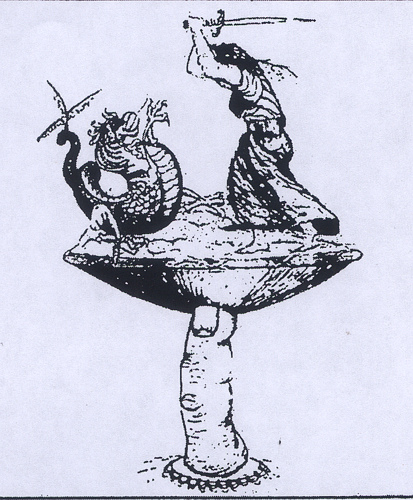 Next post: Are Americans Divided Over the Civil War?