Where Do You Teach Civil War History? 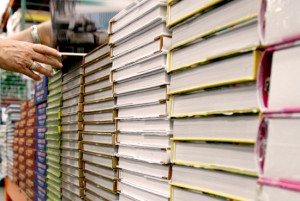 Yesterday I spent about an hour on the phone talking with a writer at Education Week about the teaching of Civil War history during the sesquicentennial.  We talked about a wide range of issues, but at one point I was asked if I can discern any noticeable difference between the teaching of this history in the North v. South.  I’ve been asked this question before and I always struggle to answer it.  For one I’ve only taught history in the state of Virginia and most of the teachers that I’ve interacted with through various workshops also teach here.  That said, Virginia is instructive given its location in the South and its close association with all things Civil War/Lost Cause.

A cursory glance at recent events in Virginia suggests that not only has it moved away from anything resembling Mildred Rutherford’s vision of the history classroom, it has taken a national lead in introducing students to a Civil War narrative that is very much in line with recent scholarship.  That said, I have no doubt that there are still pockets of resistance, but I suspect that much of it is generational in nature.  I’ve seen this in various workshops over the past few years.  Younger teachers have little difficulty with some of the tough questions of Civil War history related to race and slavery, but teachers reared on a more traditional narrative tend to be suspicious.  The important point, however, is that I don’t believe we can plot such resistance along regional lines given recent demographic shifts.