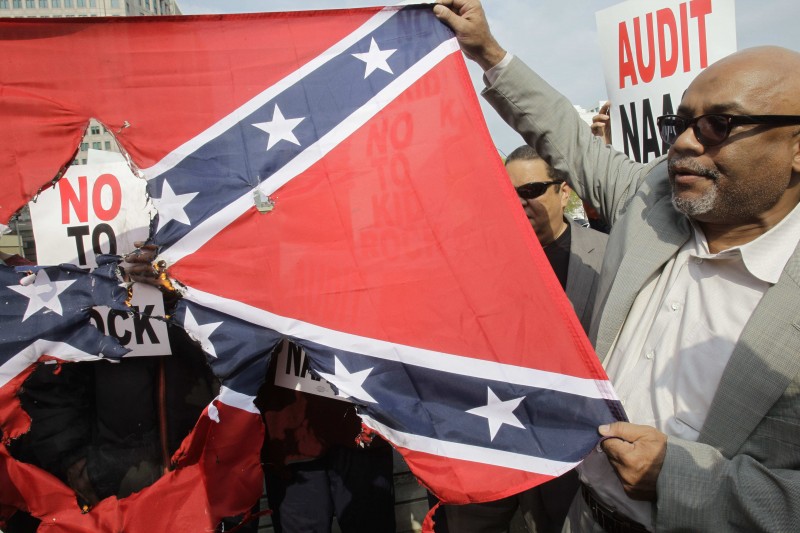 Click here for more on this Confederate flag burning.