An Argument For Battlefield Preservation 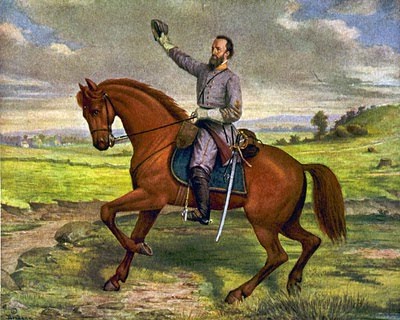 I’ve taken a great deal of heat for much of my commentary on how Civil War battlefield preservation is typically framed for public consumption.  The most recent example can be found here.  This morning I read John Hennessy’s description of a recent NPS event that marked the anniversary of Stonewall Jackson’s wounding at Chancellorsville on May 2, 1863.  Some background for the event:

The program had its genesis in an article that appeared in one of the Civil War magazines (I believe Blue and Gray, but could be wrong). The writer had earlier done celestial calculations showing how and why the tides at Tarawa had been so exceptionally and disastrously difficult during the amphibious landing there in November 1943. His latest calculations showed that the arrangement of celestial bodies on May 2, 1996 would match precisely those of May 2, 1863, the night of Stonewall Jackson’s wounding at Chancellorsville–same moonrise, same moon phase, etc. Though amazed that anyone had the time to figure such a thing out, the park staff–atuned to subtle connections like that–thought it was all pretty cool, and so we decided to do a program at the site of Jackson’s wounding that night, May 2, 1996.  We issued the standard press releases about the event and prepared for it like a hundred others.

Well, it turned out that roughly 400 people traveled from all over the country to take part.  One family drove from Vicksburg, Mississippi.  But why?:

The “Moonwalk,” as it has since become known, offered up a vivid lesson: people want to get close to history, they want to come as close as they can to touching it, feeling it. Nothing more substantial than the arrangement of celestial bodies transformed a tour done thousands of times for probably a million people into something absolutely unique in my experience (and I suspect the visitors’ too). The passage of time is an accumulating barrier to history, but once in a while those barriers can lower–and when they do, people will come. They are not nutty, but rather seek a human connection (be it imagined or real) with events and people they strive (or struggle) to understand.

It is a powerful hint why to some people the Sesquicentennial matters so much to so many (though far more could not care less about it): even a shared moment of time distanced by precisely 150 years is enough to lower those barriers just a bit, and heighten the connection–sometimes for a moment, sometimes for a lifetime.

I think this is a powerful an argument as to why these places ought to be saved.  It’s honest and it doesn’t play one generalization off of another.  Most importantly, it doesn’t play on fear and guilt.  Thanks, John.

Next post: University Press of Kentucky To Publish My First Book