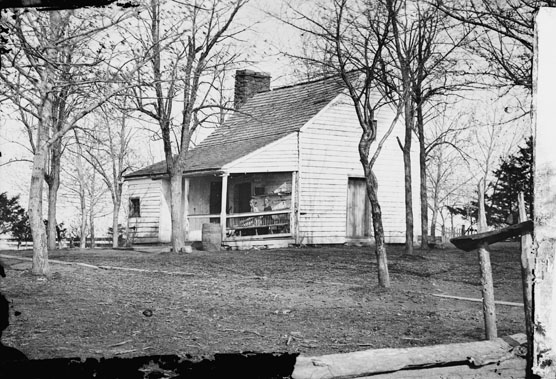 This guest post is by Adam Arenson, assistant professor of history at the University of Texas at El Paso and author of The Great Heart of the Republic: St. Louis and the Cultural Civil War, about the Civil War Era as a battle of three competing visions — that of the North, South, and West. More at http://adamarenson.com.   It is the start of a series of musings from a historian of the culture and politics of Civil War America, drawn from his notes and photographs upon bringing this perspective “back to the battlefield.”

On a Sunday in July, a few weeks before the vaunted sesquicentennial re-enactment, I enjoyed a balmy day at the Manassas battlefield. Like many of the sites I visited, the National Park Service looked ready: the new signs were beautifully designed, the ranger talks were entertaining and informative, and the trail directions were clear. The Manassas Battlefield is an excellent place to see the different scale of battles between 1861 and 1862—the difference between a skirmish between untested men across a few small hills and a major engagement across miles of terrain, with armies hardened by the experience of war.

First Manassas is a battle I teach about, and one that likely makes even a quick overview of the Civil War—the first momentous battle of the war, with its gallant story of Thomas Jonathan Jackson “standing like a stone wall,” its funny-if-it-was-not-so-serious story of the confusion of uniforms and of the Union’s picnickers clogging the road back to Washington, and its poignant story of 85-year-old Judith Henry, a child of the Revolution years unyielding in her desire to stay in her house—and then her death as the only civilian casualty of the battle.

But walking the First Manassas battlefield I came across a site that seems crucial to a contemporary understanding of the Civil War and its memory: the Robinson House—or, rather, its absence.

Across the field from the reconstructed Henry House—where Judith died—lies the ruins of the Robinson House, another battlefield landmark for the two Manassas battles. As I learned in the NPS display inside the Henry House, the white family farm of the elderly Henrys abutted the homestead of James “Gentleman Jim” Robinson, a free black man of mixed heritage whose farm stood within view of Henry Hill. Robinson’s house was damaged at Second Manassas, and he received money from the Southern Claims Commission. Expanded and changed, there it stood through the Reconstruction years, through Jim Crow, through the modern civil rights movement, through desegregation—until the summer of 1993.

On July 26, 1993, arson destroyed much of the Robinson House, and the family and the National Park Service agreed the rest must be taken down. According to the investigation by the FBI, ATF, NPS, and the Prince William County Fire Marshal, as reported by the Washington Post at the time, the house was a historic shell, with no electricity, gas, or other interior source of flame—and the spraying of graffiti about “gays in the Army” in the weeks before suggested the site was targeted specifically.

At Appomattox, at Fredericksburg, and even at Manassas, National Park Service-administered battlefields are full of reconstructions—from an earlier era. Now the National Park Service has a policy of not rebuilding structures any more. Some archaeology was done and the Park Service includes the experience of James Robinson in its teaching lessons about Manassas, but the absence of the house on the battlefield seems to be to do a disservice in its omission, as much as a modern addition like the Gettysburg National Tower once did.  And of course a historic reconstruction would take money—but it seems an important site to represent on the landscape, not keep as just another ruin.

At this moment of the battle’s sesquicentennial, it is important to tell the story of Manassas from as many viewpoints as possible, and to reach as many visitors as possible with a story of that reaches out to the culture and politics of the moment and brings them back to the battlefield. Through a cruel twist of fate, the arsonists could succeed in erasing the place of the Robinson House and some of the battlefield’s free blacks through the current NPS policy. It should be rethought so this space and its importance to the Manassas battles can be recovered.