Some Thoughts About the ASALH 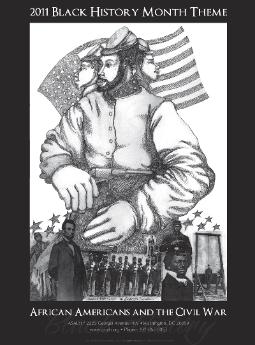 As I wait for my flight back to Boston I wanted to share a little bit about my experience this weekend in Richmond at the ASALH.  First and foremost, I was self conscious throughout of the fact that for the first time I was in the racial minority at an academic conference.  A good friend of mine jokingly remarked, “Bottom rail on top”.  We shared a good laugh over it, but it left me with questions about what it must be like for African Americans, who are usually in the minority at most academic conferences focused on American and Southern history.

As I mentioned in the last post, the range of participants also adds a unique quality to this gathering.  I heard talks from academics, a USCT reenactor, amateur historians, genealogists, and public historians.  The quality of the presentations definitely covered a wide spectrum, but that was far outweighed by the enthusiasm by both the presenters as well as the audience. I would also say that the presentations leaned heavily toward the narrative as opposed to analysis.  The discussions were incredibly animated.  There was a buzz in the audience that I have not experienced before.  It was so nice to engage in conversation with people with so many interests and backgrounds.  I was especially struck by the emphasis on the recording of names.  No doubt, some of this comes back to the genealogist presence, but I suspect that the interest is much broader within the African American community to record names that in many cases can only be uncovered through a great deal of archival work.

The ASALH clearly offers a model for other academic organizations to consider in their continued attempts to reach out to a broader audience.  I am thinking specifically of the Society of Civil War Historians, which has talked about making such a move, but unfortunately has done little in that direction.  Of course, I am not suggesting that the SCWH can simply adopt the ASALH model nor do I believe that it would be a good idea.  The organizations have different have very different histories and different goals.  I appreciate the emphasis on analytical presentations and the opportunity to engage historians currently engaged in serious research, but these gatherings are also an opportunity to engage the public and what is more important right now than the public’s understanding of the Civil War.

Last night I attended a panel that included Earl Ijames.  I was not anticipating a presentation on black or “Colored Confederates” as he prefers to describe these men, but that is exactly what we got.  All I can say is that it was as confusing as everything else he has said on this subject.   He trotted out the famous Frederick Douglass quote and even referred to Frank and Weary Clyburn as “best friends.”  I will leave it at that.  I left before the presentations were finished.

My panel on black Confederates was a huge success.  It was standing room only and the presentations by Emmanuel Dabney, Ervin Jordan, and Jaime Martinez were all first rate.  The audience was incredibly enthusiastic and supportive.  Each of us approached the subject from a different angle, but the papers worked well as a group.  That’s all I am going to say for now as I want to process what I heard a bit more for a separate post.  I should be able to get to it tomorrow or early next week so stay tuned.