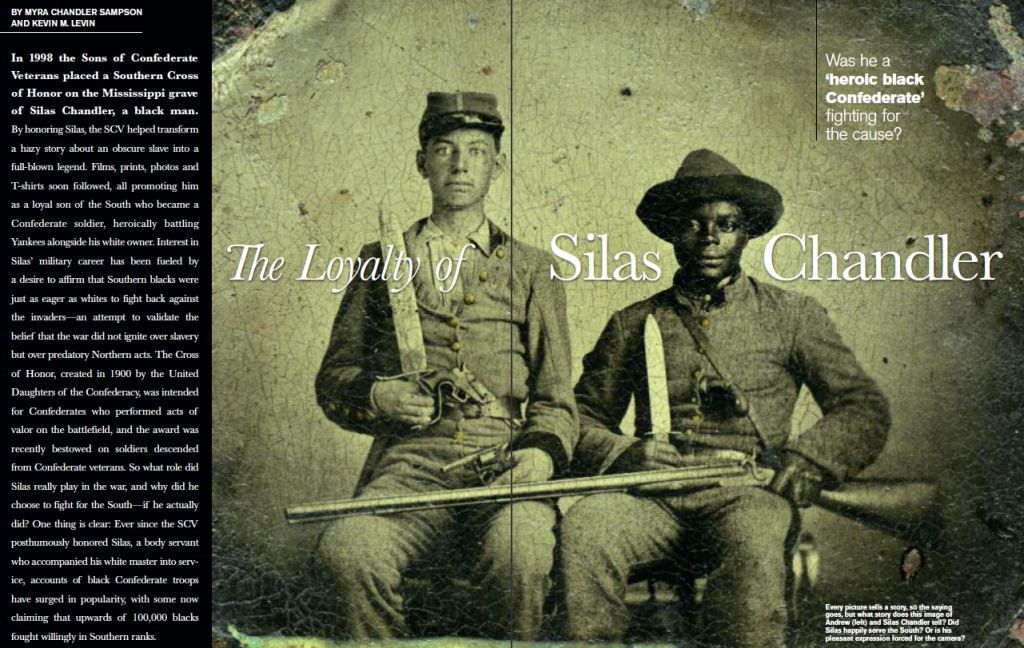 Yesterday I had a chance to read through the final version of the Silas Chandler article for the 50th anniversary of Civil War Times magazine, which will be published in a few weeks.  Other than a few minor changes we are all set.  The layout looks great, which is a testament to the hard work and talent of the editorial staff.   Some of the detail had to be cut owing to space, but I am confident that readers will appreciate the extent to which it compliments and builds on the recent airing of the History Detectives episode on Silas and Andrew.  Included is a very helpful sidebar by Mike Musick that provides an overview of how to research this subject at the National Archives.

Of all the things that I’ve written and published over the past few years this particular article has given me the most satisfaction.  It’s been a real pleasure meeting and having the opportunity to work with Myra Chandler Sampson.  This article would not have been possible without the hard work she put into collecting material related to her great great grandfather.  Most importantly, we had a chance to correct one of the most popular and misunderstood stories from the Civil War era.  You can’t beat that.  Thanks again to Dana Shoaf and the rest of the staff at CWT for all their support.