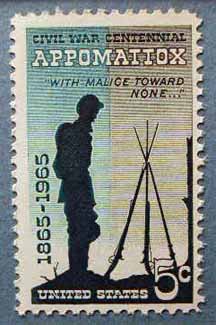 After Virginia no other state has done more to commemorate the American Civil War than North Carolina.  Their state commission has done an excellent job thus far of organizing activities that reflect an incredibly rich and complex past.  They are doing their very best to make the war relevant to the state’s diverse population by focusing on a wide range of themes from the military to race to memory.  I have a number of friends who are directly involved in the commission’s work and I can say with confidene that they are making an impact on a number of levels.

Even with all the work this group has undertaken it appears that not everyone is satisfied.  In fact, there are two Civil War sesquicentennial commemorations taking place in North Carolina.  The other one is being called the North Carolina War Between the States Sesquicentennial and they even have their own website.  The commission is headed by Bernhard Thuersam, who works as a home designer.  So, why an alternative commemoration?

This is the North Carolina view of the war and the time shortly thereafter, and not the view from 150 years later.

This is just another way of arguing that the work of historians and other advisers on the NC state’s commission is bogged down in presentism.  The point is reinforced by Professor Clyde Wilson on the opening page of their website:

America in 2011 is a very different country than America in 1961. The long march of cultural Marxism (political correctness) through American institutions, which began in the 1930’s, has achieved most of its objectives.  Schools at every level, media, clergy, government agencies, and politicians are now captive to a false dogma of history as conflict between an evil past and the forces of revolution struggling toward a glorious future (This is exactly the way that Karl Marx, who knew nothing about America, described The War).

This is so over-the-top that I am led to the same assessment re: Wilson’s rhetoric that I made in a previous post: “I Don’t Believe You.”  I will leave it for you to assess.  When asked about why the nine-member commission and four-member academic board are all white, “Thuersam said he didn’t know if they were all white because he had never asked.”

In all seriousness, there really isn’t much going on at this site.  The commission’s agenda is built around a perverse understanding of the work the NC state commission is doing and about Civil War scholarship generally.  They seem to have one thing on their mind and that is to return our understanding of the Civil War era back to the 1930s.  This project reminds me of the following Seinfeld episode:

My advice, stick with the real thing.